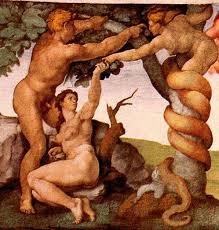 From the HuffPost – The owners of a chain of stores called Hobby Lobby don’t like Obamacare. In particular, they really don’t like the part that requires insurance companies to cover contraceptives. Normally, people who don’t like a law petition the government to change that law. That’s how a nation of laws works.

But these men are Christians. The Supreme Court ruled Monday that Christian business owners are special. Their deeply held religious belief that some particular form of contraception is immoral carries more weight than the force of law, five conservative Christian justices ruled. The court — in a fairly bald admission that its ruling is incoherent — added that no general amnesty from other laws should be assumed to be the result of its ruling and that its reasoning was strictly limited to women’s contraception. Such a limitation raises legitimate questions about the rather perverted and obsessive minds of the five men who made the ruling, but it also carries little legal weight. Precedent is precedent, whether the precedent-setters say so or not.

As long as we’re doing a la carte law-abiding, here are a few additional ones that could become optional to certain people with deeply held beliefs.

NUDITY LAWS
Entire colonies of people are dedicated to the belief that being compelled to wear clothes is wrong. Others don’t believe they should be compelled to make love only indoors. Don’t wanna see this on your Saturday stroll? Hey, freedom isn’t free.

TAXES
Most religions profess a deep affinity for peace (while drenching history in blood in the name of religion, but whatever). Why should religious pacifists be compelled to pay taxes that subsidize war? Why should Randians, believers in Atlas Shrugged, the bible for dorm-room free-market evangelists, be forced to support the evil that is government?

And the other six laws:

Read more at the Huffington Post
And check LawFuel’s Facebook page and daily updates on law stories of interest.