Washington, D.C. 7 December 2018 – International law firm Hogan Lovells has boosted its M&A and Securities practices with the hire of Tiffany Posil from the U.S. Securities and Exchange Commission (SEC).

Posil, who joins the firm as Counsel*, has spent the last four years serving as Special Counsel in the SEC’s Office of Mergers and Acquisitions. In that role she served as a senior legal advisor to the Staff and the Commission with respect to compliance with the federal securities laws, particularly the Williams Act provisions of the Securities Exchange Act of 1934. Specifically, Posil administered and interpreted the federal securities law requirements relating to tender offers (issuer and third party), proxy contests, beneficial ownership reporting, going private transactions and unsolicited takeover activity.  She also played a key role in the Staff’s monitoring of shareholder activist matters, corporate governance practices and the application of federal securities laws to takeover defenses.

Posil also spent two years as an attorney advisor in the SEC’s Division of Corporation Finance Office of Beverages, Mining, and Apparel. Prior to joining the SEC, Posil spent four years in private practice as an associate in the Corporate Advisory and Governance Group at Richards, Layton & Finger in Wilmington, DE. There she counseled clients on a wide variety of corporate transactional matters and provided advice on the fiduciary duties of directors and officers of public and private entities.  Prior to entering private practice, Posil clerked for Justice Carolyn Berger of the Delaware Supreme Court.

*Posil is not admitted to practice law in DC. She is admitted in Delaware and practicing under the supervision principals of the firm. 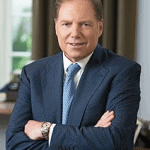 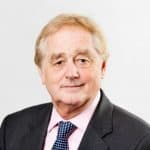