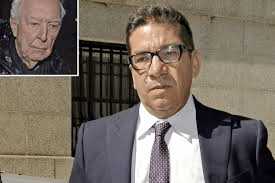 Press release from the US Attorney on how James Meyer, former assistant to artist Jasper Johns received an 18 month jail term.

Preet Bharara, the United States Attorney for the Southern District of New York, announced today that JAMES MEYER, a former assistant to artist Jasper Johns, was sentenced in Manhattan federal court to 18 months in prison for his role the sale of 37 works that MEYER stole from Johns’s studio in Sharon, Connecticut. MEYER pled guilty on August 27, 2014, to one count of interstate transportation of stolen goods. MEYER was sentenced by U.S. District Judge J. Paul Oetken.

Manhattan U.S. Attorney Preet Bharara said: “James Meyer betrayed the trust of his employer, Jasper Johns, by selling, for his own personal gain, works by the artist that were not authorized for sale. Thanks to the hard work of the career prosecutors in my office and the FBI, Meyer’s fraud was uncovered and he will now go to prison for his actions.”

According to the Indictment, plea allocution, statements made at today’s sentencing proceeding, and other documents filed in Manhattan federal court:

MEYER was a studio assistant for Johns for over 25 years, and was responsible for, among other things, maintaining a studio file drawer containing pieces of art that were not yet completed by Johns and not authorized by Johns to be placed in the art market.

During his period of employment for Johns, MEYER removed 83 individual pieces of art from the studio file drawer he was responsible for maintaining, and from elsewhere in Johns’s studio. Between September 2006 and February 2012, MEYER transported more than half of those pieces to an art gallery in Manhattan for the purpose of selling those works without Johns’s knowledge or permission. MEYER represented both to the owner of the gallery (the “Gallery Owner”) and to potential purchasers that these pieces had been given to him as gifts by Johns when, in fact, that was not true.

As part of his scheme, MEYER provided sworn, notarized certifications stating that each piece was an authentic Johns work, that the art had been given to him directly by Johns, that he was the rightful owner of the piece, and that he had the right to sell that particular work. In addition, MEYER conditioned the sale of each of these works on the signed agreement by the purchaser that the art would be kept private for at least eight years, during which time the piece would not be loaned, exhibited, or re-sold.

MEYER also created fictitious inventory numbers for these pieces to give the impression that they were finished works that were authorized by Johns to be sold in the art market. Additionally, to facilitate certain sales, MEYER created fake pages that he inserted into a ledger book of registered pieces of art maintained at Johns’s studio, and which he subsequently photographed, to give additional assurances to prospective buyers about the provenance, or history of ownership, of a particular piece.

During the course of the almost six-year scheme, the Gallery Owner sold 37 works of art on MEYER’s behalf for a total of approximately $10 million, of which approximately $4 million was remitted directly to MEYER.

Mr. Bharara praised the outstanding investigative work of the FBI.

This case is being handled by the Office’s Complex Frauds and Cybercrime Unit. Assistant U.S. Attorneys Daniel B. Tehrani and Christopher D. Frey are in charge of the prosecution. 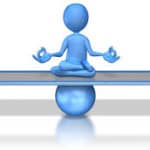