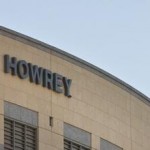 After a two year Chapter 11 proceeding, failed Washington-based law firm Howreys has reached a settlement with an insurance provider and is still negotiating with over 50 law firms attempting to recover millions of dollars for Howrey creditors.

Houston attorney Allan Diamond, whose role as trustee is to recover as much money as possible for the firm’s creditors, filed papers with the bankruptcy court Friday seeking approval for a settlement he has reached with the Attorneys’ Liability Assurance Society, better known as ALAS, which provides malpractice insurance for Howrey. The agreement would funnel a minimum of about $5.2 million and up to $7.6 million to the Howrey estate.

Diamond also filed lawsuits against seven law firms over so-called “unfinished business claims.” Those claims involve ex-Howrey lawyers who left the firm in the wake of its 2011 demise, and continued to earn fees on cases that originated at Howrey — raising the question of whether those fees should go toward repaying Howrey’s creditors, or stay with the new law firms.

Diamond has already reached such agreements with Holland & Knight and Fenwick & West that will bring at least $41,000 to the Howrey estate, according to papers filed with the bankruptcy court in late March. Holland & Knight, where former Howrey partner Jerrold Ganzfried now works, has agreed to pay Diamond $26,197 and an additional 11 percent of future earnings through March 2014 on an ongoing matter that carried over from Ganzfried’s time at Howrey. Fenwick & West, where former Howrey partner Teresa Corbin now works, has agreed to pay Diamond $15,000 to resolve the claims.

Those settlements are a drop in the bucket compared to what Howrey creditors are owed — the firm’s sole secured creditor, Citibank, is owed about $34 million. However, the unfinished business claims are an important part of the long and complicated process of unwinding a 55-year-old law firm whose primary assets were attorneys who are now at 70 other law firms.