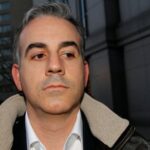 LawFuel.com – US Law News – Preet Bharara, the United States Attorney for the Southern District of New York, announced today that ANTHONY CHIASSON, a former portfolio manager and co-founder of the hedge fund Level Global Investors (“Level Global”), was sentenced in Manhattan federal court to 78 months in prison for crimes stemming from his involvement in insider trading schemes that netted nearly $70 million in illegal profits for Level Global.

CHIASSON and co-defendant Todd Newman, a former portfolio manager of Diamondback Capital Management (“Diamondback”), were convicted of securities fraud charges on December 17, 2012, following a six-week jury trial. At trial, CHIASSON was convicted of one count of conspiracy to commit securities fraud, and five counts of securities fraud. He was sentenced today by U.S. District Judge Richard J. Sullivan.
Manhattan U.S. Attorney Preet Bharara said: “With his sentence today, Anthony Chiasson chose to be part of a corrupt circle of friends that cheated the market to gain an unfair trading advantage, and for that, he lost his career, his reputation and now he has lost his liberty. Such catastrophic losses should deter those who would be tempted to break the law, but for those who are undeterred, we are not going away.”
According to the Superseding Indictment, other court documents, statements made in court, and the evidence presented at trial:
CHIASSON was part of a criminal club of portfolio managers and analysts who obtained material nonpublic information (“Inside Information”), directly and indirectly, from employees who worked at public companies. Specifically, CHIASSON’s research analyst, Sam Adondakis, together with research analysts at other investment firms – including Jesse Tortora, Jon Horvath and Danny Kuo – shared Inside Information with each other which they then provided to their portfolio managers.
For example, in 2008 and 2009, CHIASSON received Inside Information from Adondakis related to Dell’s quarterly earnings, which Adondakis had received from Newman’s analyst, Tortora, and Sandy Goyal, an analyst who worked at another firm. Goyal had a source inside Dell’s investor relations department who provided numerous updates on Dell’s earnings in advance of Dell’s earnings announcements for multiple quarters. CHIASSON traded on the Dell Inside Information in advance of its May 2008 and August 2008 quarterly earnings
announcements, netting $58.5 million in illegal profits for his firm. Additionally, after CHIASSON received the Dell Inside Information from Adondakis in advance of the August 2008 Dell trade, he directed Adondakis to create a trading “template” which omitted the fact that the trade was based on inside information.
In 2009, CHIASSON also obtained inside information concerning NVIDIA Corporation’s earnings from Adondakis, who had obtained the information from analyst Danny Kuo, who worked at an investment firm in California. Adondakis passed specific numbers for NVIDIA’s gross margins to CHIASSON in the days leading up to the company’s earnings announcement of those numbers on May 7, 2009. CHIASSON’s trading in NVIDIA resulted in approximately $10 million in illegal trading profits for Level Global.
* * *
In addition to the prison term, Judge Sullivan sentenced CHIASSON, 39, of New York, New York, to one year of supervised release. CHIASSON was also ordered to pay a $5 million fine.
At trial, Newman, 48, of Needham, Massachusetts, was convicted of one count of conspiracy to commit securities fraud, and four counts of securities fraud. He was sentenced on May 2, 2013 to 54 months’ imprisonment.
Horvath, 43, and Kuo, 37, each pled guilty to one count of conspiracy to commit
securities fraud and two counts of securities fraud in September 2012 and April 2012, respectively. Tortora, 35, Adondakis, 41, and Goyal, 40, each pled guilty to one count of conspiracy to commit securities fraud and one count of securities fraud in May 2011, April 2011, and June 2011, respectively. All five of these defendants await sentencing.
Mr. Bharara praised the investigative work of the Federal Bureau of Investigation. He also thanked the U.S. Securities and Exchange Commission.
This case was brought in coordination with President Barack Obama’s Financial Fraud Enforcement Task Force, on which Mr. Bharara serves as a Co-Chair of the Securities and Commodities Fraud Working Group. The task force was established to wage an aggressive, coordinated and proactive effort to investigate and prosecute financial crimes. With more than 20 federal agencies, 94 U.S. attorneys’ offices and state and local partners, it’s the broadest coalition of law enforcement, investigatory and regulatory agencies ever assembled to combat fraud. Since its formation, the task force has made great strides in facilitating increased investigation and prosecution of financial crimes; enhancing coordination and cooperation among federal, state and local authorities; addressing discrimination in the lending and financial markets and conducting outreach to the public, victims, financial institutions and other organizations. Over the past three fiscal years, the Justice Department has filed nearly 10,000 financial fraud cases against nearly 15,000 defendants including more than 2,900 mortgage fraud defendants. For more information on the task force, please visit www.stopfraud.gov.
Assistant U.S. Attorneys Antonia M. Apps, Richard C. Tarlowe, and John T. Zach are in charge of the prosecution.
13-177 ###