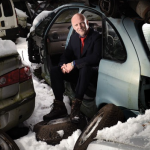 Jeff Winn is one of the richest lawyers in Britain.  In the style of a US personal injury attorney he has turned the auto injury market into a legal business that promises to return him more profits this year than any of the top law firms – anywhere.

Winn’s legal group puts every other top UK law firm to shame in terms of profits per equity partner, coming in at £393,000 revenue per lawyer, destroying the PEP figures for the whole lot. And Winn’s take-home pay was £4.62m last year although he is looking to bank around £10m this year.

So what are the lessons that Jeff Winn and Winns Solicitors can impart to lawyers anywhere?

What has the former criminal lawyer done that has created such extraordinary profits?

Among the Winn Takeaways, as reported by The Lawyer:

There’s more . . The Winns formula for running a high profit operation are worth reading.

As The Lawyer reports:

. . he spares no expense on is IT, with a staff of around 10 – big for the size of the company. IT efficiency is a big driver in the firm’s profits. The firm operates a paperless Eclipse system. When Winn enthusiastically explains the merits of this, it highlights the thinking at the heart of his success.

“Clerks use a two-screen system,” he says. “It might only shave off a couple of seconds per job, but add those seconds up…”

Winn leaves the equation hanging in the air. It speaks for itself. He talks about a “numbers game” when explaining that the firm does help with “at fault” claims, saying the only benefit is word-of-mouth about good service.

“We do a lot of work for free,” he says. “Traditionally, solicitors’ firms don’t like that, but those in the industry know we are a lean player.”

The business gets around 25 per cent of business through personal recommendations and a further 20 per cent via local advertising.

“Having a good name helps,” says Cross, referring to the slogans ‘Winn win’ and ‘Win with Winns’. “It’s an amazing story of how to turn a lot of profit from a relatively small turnover – astonishing really, in the context of the changes to the sector.”

The remaining 55 per cent of business is generated from professional channels such as insurance brokers – a market in which the firm’s brand is a byword for excellence, according to Winn.

Later, one of the members of the first response team – who handle all the incoming calls and allocate the work – tells me about the attention Winn pays to numbers.

“The first response team works at 70 per cent capacity, so it doesn’t feel like a call centre,” they say. “If the company suddenly takes on a big contract, we have scope for increased capacity. In that scenario, rather than panic hire, Jeff will recruit sensibly to gradually bring capacity back down to 70 per cent.”

Winn, the son of a former murder squad detective, admits he has never run a single RTA personal injury case, but it is his vision of a unique firm structured as a streamlined, customer service-focused business that has reaped such rewards.

“It’s not like I’ve got a yacht in the harbour,” reasons Winn, who holds 80 per cent of the shares. “Year-on-year profits have been reinvested into the growth of the company.”

The Winn group occupies a position that is the envy of an unstable RTA sector, preparing for a difficult future imposed by drastic government changes to fees. These will see the maximum recoverable costs for low-value claims fixed at £500 – a reduction from £1,200.

There will be a lot of instability in the market as firms move out of RTA as they can no longer make a profit on cases. The emphasis for Winns may be on low overheads and maximum profits but Winn bangs the drum of customer service so his staff do not lose sight of his crusade. The brochures in reception shout about a “one-stop-shop” and ask “Had an accident that’s not your fault?”, but Winns is far from the lazy ambulance-chasing cliché.

Winns is a national practice, with around 50 per cent of business in the North East, while the South East and London represents the fastest growing area.

With the scramble to get out of personal injury, Winn reveals he has been approached by a number of firms with small profit margins, offering a London office and their caseload.

“We’ve kept it tight, with only three equity partners, and margins have been better than we ever expected,” says Winn. “We’ve had several approaches but my feeling is we wouldn’t be able to buy small firms because we couldn’t make money out of it. We can run off their caseload for them, but for anyone in the sector with a margin of less than 10 per cent, it’s too big a jump.”

Winn says high-profile credit hire companies will go bust because they won’t be able to get the efficiencies in place in time to continue servicing a large debt base with small profit margins.

Cross adds that innovation and the right business model show that it is possible to make money in the RTA sector in a difficult climate.

He says while some are “bleating and moaning”, others are developing their structures and economics to be nimble and “seizing the opportunities of ABS”.

The Legal Services Act enables companies to apply for an alternative business structure (ABS) licence to provide regulated legal services. For law firms, it allows non-lawyer involvement, the acquiring of non-legal companies to complement their services and the influence of business culture on the management board. In short, ABS means firms can seek external funding to boost growth and expand their reach.