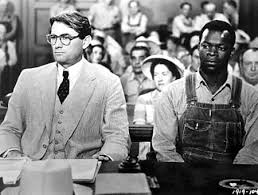 Jim Farmer QC is a voice worth listening to beyond just the courtroom.  His occasional blog offerings provide sage advice on everything from the state of the law to legal lifestyle issues.

His latest offering relates to lawyers handling pro bono work as an aid to their legal lifestyle and general obligation to provide service that meets their needs as people with unique talents and experience.

of Law and to further “public causes”.  This, he says, is a long tradition held by lawyers around the world.

He makes reference to Harper Lee’s sequel to “To Kill a Mockingbird”, “Go Set a Watchman”.

In Mockingbird, a local white lawyer, Atticus Finch, defended a poor black man accused of rape of a white woman in the Deep South at a time of serious oppression of Afro-American people in the United States.  Atticus was seen as an inspiration to young liberal-minded people and many said that they were inspired to become lawyers because of his example.

In the sequel, however, it was revealed that Finch had attended a private meeting of the Ku Klux Klan and had expressed views that racial equality reform should be slow. This led to many expressions of outrage and betrayal by those who had so admired Finch, including one lawyer who said she would never have named her cat Catticus if she had known of Finch’s true character.

It has also spurred a revisit to Mockingbird, with serious critical writers suggesting that Gregory Peck’s brilliant portrayal of Atticus in the movie version (for which he received the Academy Award) has served to conceal the hints of Finch’s racism in the original book.

Let’s not forget that this is a novel!  Even in novels, however, lawyers are expected to attain high moral standards.

The heart of the law training is, he says, service.

A very senior barrister contemplating retirement (not me) was asked what charitable works he intended to do once he had retired.  His answer was to the effect that his entire legal career of half a century had been spent serving clients, more often than not having to work long hours to sort out their problems and he did not feel a need to follow that with “good works” in his retirement.

That reminded me of the tribute paid to a Supreme Court Judge at his retirement ceremony by the Chief Justice that, in becoming a Judge, he had chosen public service unlike (she said) other senior barristers who chose to stay at the Bar.  With great respect, I would dare to suggest that lawyers serving clients (whether they pay or not) are also performing a public service, particularly when there is added to that the pro bono work including work done by lawyers for the community in one form or another (see further below).

Judges too are paid for the public service that they perform. While there are some lawyers who earn considerably more than a Judge even if there is added to the Judge’s remuneration superannuation, generous holidays and sabbatical leave as well as a lack of overhead costs, I doubt that the average income of practising lawyers is as much as the judicial remuneration package.  Yes, Judges undoubtedly perform an important public service but so too do practising lawyers.

The form of public service is just different, that’s all.

What is Pro Bono Work?

What then is pro bono work?    Generally it is regarded as being work of a legal nature for which either no fee or a significantly reduced fee is charged.

The latter may take the form of abandoning the hourly rate and charging a fixed fee that is commensurate to the amount at stake in the litigation.  Saying that distracts me into repeating one of my obsessions, namely that the mindless application of the hourly rate has contributed to the problems of access to Justice and the fee should always be proportionate to the amount in dispute.

It used to be called “swings and roundabouts”.  So my view is that legal work is only properly categorised as pro bono if no fee is charged or if the fee is one that is below a proper fee.  Charging a fee based entirely on an hourly rate which brings the total fee close to the amount in dispute (or exceeds it) is not a proper fee.

Jim Farmer’s firm view is that work of a non-legal nature, the school boards, communities organisations and the like, is pro bono.  While lawyers might normally handle legal work for such bodies, they are still applying legal skill and experience to help them.

To me, these kinds of activities also feed into my oft-stated cry for lawyers to seek to live a more balanced life style and not to allow themselves to be totally absorbed by the pressures of client work and to be intimidated by the culture of work for its own sake.

Another example is that of Russell McVeagh partners and staff solicitors spending time helping the children of an Auckland primary school with their school work.

Pro bono is good for everyone, may be the Jim Farmer theme; not only those receiving the benefit of the pro bono work, but also for the good of the lawyers providing it. 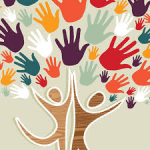 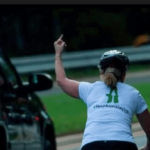