John Bowie – Jim Farmer QC is unquestionably one of New Zealand’s most prominent and successful barristers, a position he has enjoyed for a considerable period as he dealt with some of the biggest cases before the New Zealand courts.  More significantly perhaps, he also remains something of a figurehead in the expanding world of the New Zealand Bar as he occasionally opines in his too-infrequent blog posts at the eponymous James Farmer QC.

His academic and sporting achievements unquestionably mark him as a man with more than his fair share of God-given gifts.  After all, he has Blues from both Cambridge and Auckland Universities for track and field running quite apart from his prowess as a racing sailor and an avid and competitive rally driver.

And so when the Power List had him at the lower reaches of the List by virtue only of our advice from those who believed hi.s busy life was slowing somewhat by dint only of the passing of the years and semi-retirement, we were mistaken.  In fact, they were mistaken and should have known better.    Age does not equate to retirement or even semi-retirement and nor should it.

And it certainly does not equate to some slide to obscurity.  In fact, in many ways, the energetic Jim Farmer is akin to such rock heroes as Mick Jagger for whom the beat not only goes on, but oftentimes increases in tempo, notwithstanding the passing of Charlie Watts

And so, with poor intelligence we relegated a Bar leader who has stood for so long as a leader at the forefront of the commercial bar and who, like all good leaders, plays an important role mentoring and providing measured opinions on matters affecting the profession.

Regrettably, at a time when relatively few legal leaders in the real sense remain (think: Peter Williams QC, another sailing silk at the criminal end of the bar) we must tip our hat to Jim Farmer and acknowledge his professional athleticism that continues with relatively breathless intensity.

As for the retirement factor, a greatly overrated lifestyle choice, he notes the following: 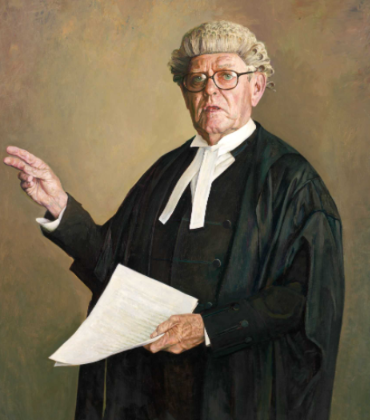 “My heroes include Tom Hughes QC (who I worked with at the Sydney Bar and who retired at 90), Sir Sidney Kentridge QC (of the London Bar, against whom I appeared in the Privy Council, who retired aged 91 and is still going aged 99), Lord Patrick Neill (who I appeared with in the Privy Council and was fully engaged in legal practice and other public activities until he died at 89) and two renowned American economists (Fred Kahn and William Baumol) who I had the great privilege of working with and who were still working into their 90’s.”

Displaying trademark modesty but without (I think) any garnish of sarcasm, he notes that he may well be off the List altogether next year.