Yarowsky was previously a partner at a leading Washington law firm where his practice focused on a range of legislative and public policy issues. He specializes in providing strategic advice to clients in an array of areas including antitrust, telecommunications policy, intellectual property, and administrative practice and procedure. Yarowsky also maintains a robust practice in congressional investigations as well as in antitrust representation and will join other firm lawyers in those practice areas at WilmerHale.


In addition to his private practice experience, Yarowsky has held a number of senior-level positions in the federal government throughout his legal career. He served as Special Counsel to the President, as General Counsel of the House Committee on the Judiciary, and as Chief Counsel of the House Judiciary Subcommittee on Economic and Commercial Law. In his work at the White House, among other policy duties, Yarowsky directed the selection and confirmation of federal judicial nominees. He also served as Vice Chairman of the Joint Presidential/Congressional Antitrust Modernization Commission, and was a member of the National Commission on Crime.

“WilmerHale is thrilled that Jon Yarowsky will be joining the firm,” said Randolph D. Moss, chair of WilmerHale’s Regulatory and Government Affairs Department. “Jon is first and foremost a great attorney, and he is one of the nation’s most accomplished government relations lawyers. He has an unparalleled understanding of how Congress works and how to get things done in Washington. He is a great addition to our government affairs team.”

Bob Novick, co-managing partner for WilmerHale, said, “Jon’s ability to provide sage counsel on public policy issues and legislative work will be of enormous benefit to our clients. He is bringing years of experience working with Congress, the federal agencies, and the federal judiciary, along with demonstrated counseling capabilities. We are delighted that Jon is joining the firm and look forward to working with him on the types of Washington-based challenges that are so important to businesses today.”

“WilmerHale maintains impressive strength and a lineup of influential and talented lawyers across practice areas that are key to my practice. The firm’s commitment to its public policy and government relations practices and my desire to further leverage practice areas important to our clients creates an exemplary partnership,” said Yarowsky. 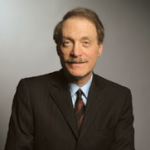