Being ‘unfriended’ on Facebook is a face-slap many face – but now a New York judge has used it to unfriend an entire firm – Kirkland & Ellis – who sent a ‘rookie lawyer’ to defend Facebook against two lawsuits accusing the social network of facilitating terrorism.

The lawsuits are supported by 20,000 plaintiffs and the attorney 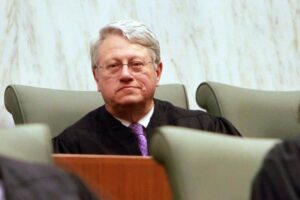 Federal Judge Nicholas Garaufis went ballistic against Big Law’s Kirkland & Ellis for sending poor young lawyer Thomas Burcher II who, according to the New York Post, “slunk out of the courtroom looking like a sad emoji after receiving a blistering dressing down from the judge.”

The rant was, however, addressed to the K&E “clueless” partners who had handled the Facebook matter poorly – to say the least.

“You tell your folks back at Kirkland & Ellis that if they think so little of this court that they didn’t send a partner here to talk about this kind of problem which implicates international terrorism and the murder of innocent people in Israel and other places,” Garaufis said. “I think it’s outrageous, irresponsible and insulting.”

The Facebook lawsuits allege that Facebook’s algorithms “connect the terrorists to the inciters” and that Facebook sometimes refuses to take down pages exhorting violent attacks by Hamas against Jews. The plaintiffs are Israelis, some American citizens living in Israel, who have been “living in the crosshairs of a murderous terrorist rampage carried out by terrorists” since 2015.

Garaufis had indicated that Facebook has a “social responsibility” to resolve the issues arising from the lawsuits, but the rookie Burcher’s claim that a lawsuit was not the vehicle for the resolution saw the Judge hit the judicial and social media roof.

“I’ve been a lawyer for 41 years and a judge for 16 years and I’m not having this discussion with you,” he said.

Burcher sputtered that the lead counsel on the case was called away to Texas yesterday on a legal emergency.

“Maybe Kirkland & Ellis can scrounge up a partner who isn’t busy in Texas to come see a lowly judge in the Eastern District of New York,” Garaufis replied hotly before ending the conference.

“I want to talk to someone (at the law firm) who talks to senior management at Facebook,” he said. 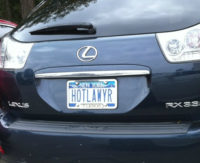