Clifford Chance, one of the world’s largest law firms, is having a head-to-head between three lawyers for the managing partner role, one of whom is kiwi Nick Wong, based in Singapore.

Clifford Chance in London-headquartered and one of the so-called ‘Magic Circle’ law firms.  It ranks as one of the top 10 law firms in the world measured by lawyers and by revenue.  In the 2019-2020 year the firm had total revenues of £1.803 billion ($2.5 billion), the highest of any firm in the Magic Circle, and profits per equity partner of £1.69 million.  Employing around 3300 lawyers and operating through 34 offices globally, including Australia (but not New Zealand where Bell Gully have a close relationship with the firm), it remains one of the largest of the Big Law firms and remains a powerful legal player globally. 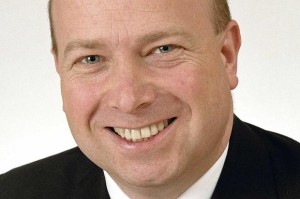 Current incumbent Matthew Layton is completing his term at Clifford Chance, a role that involves chairing the firm’s executive leadership group, responsible for the firm’s strategic growth and development.

Although the current front-runner for the key role in the firm is Charles Adams, the firm’s European chief, Nick Wong is an Asia-Pacific partner with a background in

The final election is some weeks away but the various contenders are preparing their so-called ‘manifestos’ for the future direction of the firm.  Wong is considered to be one of the contenders who would alter the strategic direction of the firm and someone away from the old guard who have maintained a steady hand on the Clifford Chance tiller.

A graduate from Whanganui Collegiate, Wong graduated from both Otago and VUW law schools and made partner at Clifford Chance in 2001.

His LinkedIn profile shows that he has been specialising in project development and finance in the global energy and infrastructure market. He co-heads the Worldwide Projects Group at Clifford Chance and he proclaims his passion for sustainable develoment and economic infrastructure and energy transition with a “positive  social and environmental impact, especially in emerging economies.”

He is now one kiwi lawyer whose impact may be felt on the global legal stage as well.