Simpson Grierson associate and Ukrainian Anastasiya Gotorova is unhappy with the New Zealand government’s Russian Sanctions Act, saying it has failed to take the “decisive action” promised and commenting in social media that the Act has been misrepresented by online media as it fails to impose any sanctions.

The New Zealand legislation was to sanction named Russians and Foreign Minister Nanaia Mahuta said further sanctions were coming -although they have failed to eventuate to date.

“What are we waiting for?” she asks of Jacinda Ardern and Nanaia Mahuta.

The legislation, she says, “requires further regulations to actually create sections and now, a full 20 days later, no meaningful sanctions have been introduced. All we have is travel bans against people who have never been to New Zealand and never planned on coming, and freezes of their non-existent New Zealand assets.”

She also went on Breakfast Television to rail against the lack of action taken by New Zealand in terms of the brutal and oppressive Putin regime and the oligarchs who have supported him. 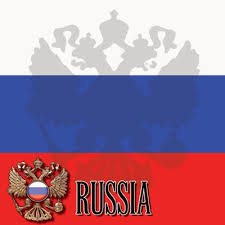