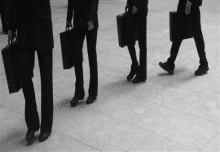 Working in Taranaki, the Bay of Plenty or New Zealand’s beautiful, wild West Coast – all have legal jobs that have been listed on the LawFuel law jobs network.

The jobs provided this week include a major role with the New Zealand Overseas Investment Office in a role that sees lawyers playing a major role in deciding who can invest in New Zealand.

But for those seeking smaller roles with smaller firms, there are a range of roles such as the newly listed role in New Plymouth for a solicitor, roles for property lawyers in the Bay of Plenty, a fascinating role with one of the country’s leading insurance litigation firms and more.

Anderson Lloyd have a major role and are recruiting for a 3-5 year commercial lawyer for our expanding Auckland office of the firm. Working alongside the firm’s commercial partners, this is a unique opportunity to advance your career by working on some of New Zealand’s largest projects.

A smaller firm is offering a role for a commercial/property lawyer in Auckland, providing a diverse range of legal work.

But the new jobs are arriving daily at the LawFuel law jobs network, with an expanding network of jobs across social media sites and within the LawFuel network.