If New York is any guide – and that’s a big ‘maybe’ – then big bonuses are back for lawyers.

Associates working at large New York law firms are now securing some mouth-watering bonuses, ranging from $15,000 to $100,000 according to a New York Times report.

The payments are around $40,000 more than what was being paid last year to senior associates, the report says..\

And the man leading the charge is Sony’s lawyer-of-the-moment, David Boies, who is awarding bonuses of $125,000 to $150,000 to many senior associates in his firm, Boies, Schiller & Flexner.

A year ago, the average associate there took home $85,000 in additional compensation. 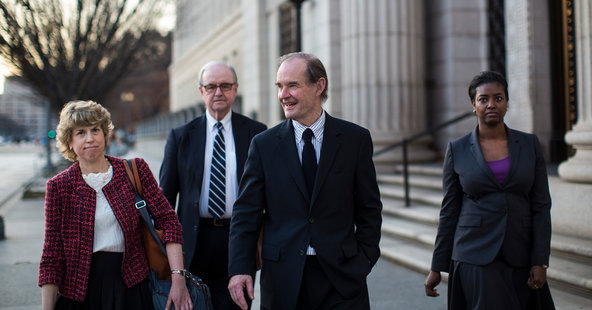 The bonuses show how a recovery for corporate America is driving legal work on mergers and acquisitions, stock and bond offerings and intellectual property matters. The higher bonuses also reflect greater spending by companies on regulatory work to comply with new rules passed after the financial crisis and with litigation driven by crisis-era lawsuits.

A few big firms — Davis Polk & Wardwell and Skadden, Arps, Slate, Meagher & Flom — went even a bit higher, with Skadden announcing it would pay some senior associates bonuses of up to $110,000.

An associate is a junior lawyer who has yet to achieve the status of partner at a law firm.

Large law firms in New York have a history of playing one-upsmanship when it comes to setting associate bonuses and overall compensation.

Yet this year’s big jump has come as a surprise to close watchers of the industry. Above the Law, an online chronicler of law industry news and gossip, recently proclaimed the current bonus season “the most exciting” since the website began in 2006.

“This year’s bonuses reflect a premium being paid to experience,” said David Lat, founder and managing editor of Above the Law. “There are big bumps at the midlevel and the senior level.”

Charles A. Volkert, executive director of Robert Half Legal, a legal staffing and consulting firm, agreed, noting that experience is what matters when law firms are looking to hire.

“What we are continuing to see is law firms are looking for talent who can handle files on their own and bring high value to corporate clients,” Mr. Volkert said. “The largest increases are for lawyers with 10 or plus years’ experience.”

A look at the mergers and acquisition scorecard for this year tells much of the story behind law firm bonuses. Worldwide, companies have announced deals worth $3.2 trillion this year, a 49 percent increase from a year ago, according to Thomson Reuters. Skadden, for instance, has advised on deals worth $466 billion compared with $187 billion a year ago.

It is not clear whether the six-figure bonuses being paid out by big law firms are a sign of even better times to come for lawyers, or just an aberration.