New York, September 13, 2018 – The law firm Warshaw Burstein, LLP represented the owner of the New York City restaurant Sel Rrose in purchasing the Montauk building that formerly housed a branch of Zum Schneider. Sel Rrose will open a Montauk location of its New York Parisian-themed restaurant in the spring of 2019.

The buyer is Kristin Vincent, owner of Sel Rrose in New York City. She plans to fully renovate the Zum Schneider site at 4 South Elmwood Ave., right off of Montauk Highway.

Harvey Krasner, chair of the firm’s Real Estate practice, worked on the deal along with Danielle Buckhardt.

Sel Rrose has been described in restaurant reviews as starting “off at the intersection of post-war France and postmodern, rustic charm.” It is the kind of place where “the selfies you take will leave you looking like the person Marie Antoinette would want to be,” according to a review in Fashion360mag.com.

Warshaw Burstein’s real estate practice represents clients in a range of complex transactional matters advising developers, owners and investors in all aspects of real estate deals, including purchases, sales and financing throughout the New York City area and around the country. 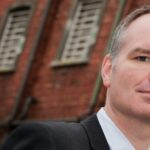 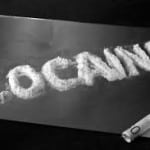