Controversy over law schools’ over-selling of their courses, the down law jobs market and other issues have radically altered the way in which some law shcools are operating.

Take Arizona State University as a case in point.  The university is starting a non-profit law firm to use law students who will work with experienced attorneys to provide legal services in Phoenix.  And from there the ASU plans to expand the service in different locations thus providing a win-win solution for both the students who cannot find work and citizens who cannot find lawyers they can afford to pay.

The New York Times reports on the issue 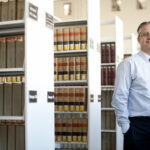 When Douglas J. Sylvester, dean of the law school at Arizona State University, was visiting the Mayo Clinic in Minnesota a couple of years ago he mentioned the shifting job market for his students — far fewer offers and a new demand for graduates already able to draft documents and interact with clients.

“I realized that was what we needed,” Mr. Sylvester recalled. “A teaching hospital for law school graduates.”

The result is a nonprofit law firm that Arizona State is setting up this summer for some of its graduates. Over the next few years, 30 graduates will work under seasoned lawyers and be paid for a wide range of services provided at relatively low cost to the people of Phoenix.

The plan is one of a dozen efforts across the country to address two acute — and seemingly contradictory — problems: heavily indebted law graduates with no clients  and a vast number of Americans unable to afford a lawyer.

This paradox, fed by the growth of Internet-based legal research and services, is at the heart of a crisis looming over the legal profession after decades of relentless growth and accumulated wealth. It is evident in the sharp drop in law school applications and the increasing numbers of Americans showing up in court without a lawyer.

“It’s a perfect storm,” said Stacy Caplow, a professor at Brooklyn Law School who focuses on clinical education. “The longstanding concerns over access to justice for most Americans and a lack of skills among law graduates are now combined with the problems faced by all law schools. It’s creating conditions for change.”

A pilot program at the University of California Hastings College of the Law will place some third-year students into offices like the public defender’s for full-time training on the understanding that the next year those students will be employed there for small salaries. The program is called Lawyers for America, a conscious echo of Teach for America, in which high-achieving college graduates work in low-income neighborhood schools. The hope, said Prof. Marsha Cohen of Hastings, is that other law schools will follow the model. Professor Caplow of Brooklyn Law said her school planned to be one of the first.

Read more about the way the game is changing for law schools at the New York Times.