The settlement resolves the United States’ claims, asserted under the False Claims Act, alleging that ROSICKI used its affiliates, ENTERPRISE and PARAMOUNT, to systematically generate false and inflated bills for foreclosure-related and eviction-related expenses, and caused those expenses to be submitted to and paid for by the Federal National Mortgage Association, known colloquially as Fannie Mae.

The settlement also resolves claims arising from identical misconduct in connection with eviction-related expenses that were submitted to and paid for by the VA.  As part of the settlement approved by U.S. District Judge Jed S. Rakoff, ROSICKI, ENTERPRISE, and PARAMOUNT admitted and accepted responsibility for their conduct and must pay $4.6 million to the United States.  The settlement also requires ROSICKI to implement a compliance program with regular reporting over the next five years, and to publicly disclose the nature of its affiliation with ENTERPRISE and PARAMOUNT on its website.

Manhattan U.S. Attorney Geoffrey S. Berman said:  “Lawyers are not above the law.  For years, the Rosicki firm submitted bills to Fannie Mae and the VA that contained inflated and unnecessary charges.  This Office will continue to hold accountable those who seek to achieve profits by fraudulent conduct.”

FHFA-OIG Inspector General Wertheimer said:  “FHFA is committed to holding accountable those who waste, steal, or abuse the resources of FHFA or any of the entities it regulates.  We work with U.S. Attorneys’ Offices across the country to protect the interests of the American taxpayers in the housing government-sponsored enterprises and are proud to have partnered with the U.S. Attorney’s Office for the Southern District of New York on this matter.”

VA-OIG Inspector General Michael J. Missal said:  “This civil settlement should send a clear message to individuals and businesses that VA-OIG and its law enforcement partners will vigorously investigate and expose false claims that fraudulently impact programs designed to benefit our veterans and their families.”

ROSICKI is a New York law firm whose main practice area is mortgage foreclosures.  The two founding ROSICKI partners also own a number of affiliated entities, including ENTERPRISE, a service-of-process company, and PARAMOUNT, a title search company.  Fannie Mae approved ROSICKI to perform legal work in connection with foreclosures on residential properties for which Fannie Mae owned the mortgage loans.  Fannie Mae’s Servicing Guide required, among other things, that all foreclosure costs and expenses be “actual, reasonable, and necessary,” and that foreclosure law firms “must make every effort to reduce foreclosure-related costs and expenses in a manner that is consistent with all applicable laws.”  ROSICKI understood those requirements and represented at various times that the firm was complying with them.

The settlement also resolves identical conduct by ROSICKI, ENTERPRISE, and PARAMOUNT pertaining to expenses attendant to evictions that ultimately were paid by the VA.

Mr. Berman thanked the FHFA-OIG and VA-OIG for their efforts and ongoing support and assistance with the case.

The case is being handled by the Office’s Civil Division.  Assistant U.S. Attorneys Cristy Irvin Phillips, Andrew E. Krause, and Joseph N. Cordaro are in charge of the case. 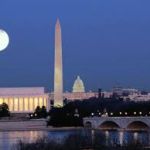