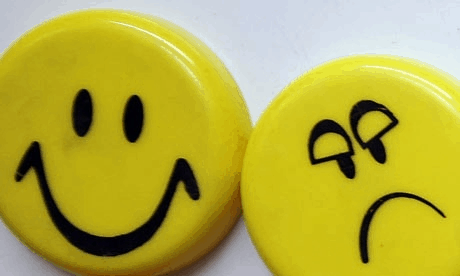 Does making partner make you happy? According to new research the answer appears to be “No”, and it’s a somewhat resounding answer, too.

While the rewards of partnership in a major law firm are well known – the money, power, status and so forth – the actual correlation between them and happiness are totally misaligned, according to the survey.

Conducted across 6,200 lawyers and relating to both their professional life and their health, the survey found that lower paid attorneys like those handling legal aid work or public defenders were actually more happy in their work.

Equally as important, they also drank less alcohol too.

The study, which is published in the George Washington Law Review, showed that making partner did not pay off in terms of greater happiness with junior partners being assessed as almost the same in those terms as far better paid senior associates.

“Law students are famous for busting their buns to make high grades, sometimes at the expense of health and relationships, thinking, ‘Later I’ll be happy, because the American dream will be mine,’ ” said Lawrence S. Krieger, a law professor at Florida State University and an author of the study. “Nice, except it doesn’t work.”

The problem with the more prestigious jobs, said Mr. Krieger, is that they do not provide feelings of competence, autonomy or connection to others — three pillars of self-determination theory, the psychological model of human happiness on which the study was based. Public-service jobs do.

There have been many well publicised reports about the mental health and substance abuse issues affecting lawyers through their lifestyle and work.

The NY Times reports that the landmark Johns Hopkins study in 1990 found that lawyers were 3.6 times as likely as non-lawyers to suffer from depression, putting them at greater risk than people in any other occupation and as if that is not bad enough, in December, Yale Law School released a study that said 70 percent of students there who responded to a survey were affected by mental health issues.

As The Times reports:

Other research has linked the legal profession to higher rates of substance abuse. In some cases, these struggles have made the news: In a recent six-month stretch in Florida, three Broward County judges were arrested on charges of driving under the influence.

From 1999 to 2007, lawyers were 54 percent more likely to commit suicide than people in other professions, according to the Centers for Disease Control and Prevention. And in 2014, CNN reported that 15 Kentucky lawyers had committed suicide since 2010.

Why lawyers are susceptible to such dangers is a matter of debate, although unhappiness with the work itself — long hours toiling for demanding clients — is often cited as a possible cause, particularly for people who entered law school with dreams of high-stakes, cinematic courtroom battles.

“I thought I wanted to be a litigator for reasons that showed a misunderstanding of what litigators do,” said Todd D. Peterson, a law professor at George Washington University who left his job as a partner at a Washington law firm after becoming disillusioned. “The job was unfulfilling to me because I didn’t find it meaningful.” Today, Mr. Peterson is at the forefront of a movement to help law students avoid the mistakes he made.

Others say the job requires an unhealthy degree of cynicism. “Research shows that an optimistic outlook is good for your mental health,” said Patricia Spataro, director of the New York State Lawyer Assistance Program, a resource for attorneys with mental health concerns. “But lawyers are trained to always look for the worst-case scenario. They benefit more from being pessimistic, and that takes a toll.”

And then there is the public hostility. “People just seem to hate lawyers,” Ms. Spataro said. “There are thousands of prominent websites for lawyer jokes. That’s just horrific.” Case in point: Many of the more than 3,000 comments on the CNN article about lawyer suicides applauded the trend. The comments are no longer visible in the link to the online article.

For Larry Zimmerman, a now-retired lawyer from Albany, jumping from a position in the New York State attorney general’s office to a lucrative job in private practice worsened his problems with alcohol.

“Suddenly I was dealing with some very significant money and very demanding clients and high stakes,” he said. “I enjoyed what I was doing, and I was good at it, but I was terrified almost all the time.” Before he sought help, Mr. Zimmerman said, he was drinking a pint of vodka a day and relying on junior lawyers to do most of his work.

To help people like Mr. Zimmerman, most state bar associations or court systems have assistance programs that can refer lawyers to counseling or rehabilitation services. More recently, the work of people like Mr. Krieger has inspired law schools to develop programs that might head off such problems.

In 2012, Mr. Peterson instituted a voluntary program at George Washington University that aims to help law students make better decisions about what kind of law, if any, they want to practice. Students in the program meet with practicing lawyers to learn about their day-to-day lives. The program also has a mental health component, providing techniques for handling stress and remaining positive.

“We’re helping students figure out why they’re in law school and where they want to be,” Mr. Peterson said. “So instead of just working to get the best possible grades so they can send out 500 résumés in their third year and hope that some law firm hires them, they are learning about themselves and why one part of the law might be more appealing to them than another.”

But the pressure to be hired by a big-name firm is so strongly ingrained in law school culture, one George Washington University student said, that even those who enroll with the intention of performing public service often find themselves redirected.

“It’s a very real pressure in law school,” Helen Clemens, a law student, said. “It comes from all kinds of avenues, but mostly I would say it just comes from the people surrounding you. If everyone is talking about leaders from our school who have gotten jobs at a really prestigious firm, the assumption is that we all should be trying to work at a similar place.”

In 2013, the University of New Mexico Law School overhauled a mandatory freshman course to more closely resemble the George Washington University program. “A lot of people go to law school because they don’t know what to do with their lives,” said Nathalie Martin, an associate dean there. “We’re trying to direct them to a field we think they would enjoy.” 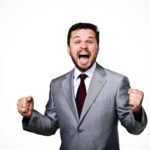 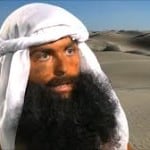