Is legal work too complex to be performed by machines? Should we fear the introduction of the ‘robot lawyer’?

The nature of the law and the way legal services are delivered is changing, hastened of course by the Internet.  Sites like LegalZoom are perhaps one of the best known legal brands in the United States and their users do not feel disadvantaged by not having the ‘personal relationship’ that so many claim is essential to the practice of law.

So should we fear the onset of the robot lawyer?

No. As ‘futurologist Daniel Susskind wrote in The Guardian,

it treats professional work as an indivisible and uniformly complicated lump of activity. In fact, when professional work is broken down into its constituent tasks, a great many of these turn out not to be so complex after all and can be done by less qualified people with the support of systems, or indeed by machines.

The second reason is that it underestimates the capabilities of these new systems, which can undertake an increasing number of tasks more efficiently and affordably, often in very different ways from human beings.

A paper published at the end of last year “Can Robots Replace Lawyers” from Dana Remus, the University of North Carolina School of Law and Frank Levy, from the Massachusetts Institute of Technology (MIT) argued that the impact of the robot lawyer was far less than had been imagined until now.

But What About Face-to-Face Interaction?

While face-to-face interaction is important when dealing with lawyers (like doctors) it is not something that is growing in importance.

To the contrary, the use of automated systems, software, push-button communication and more is that there is actually less need to have the face-to-face meeting.

The simple fact is that hundreds of thousands of people use sites like legalzoom.com every month. The profession is not there for personal interaction, it is to resolve issues and problems. Being face-to-face used to be the way that was done. No more.

None of our embracing of technology means the end of the profession, it simply means it will change the weay we deal with our problems and issues. Expertise and ‘access to justice’ will become better and more available.

More Software Than Ever

There is now more software handling legal work than ever before to handle much legal work.

How to Know When You Need a Lawyer

Technology has already changed everything from litigation to the most simple transaction.  eDiscovery and predictive coding are integral to practising law today.

Document and case management has long been handled by software applications.

Speech recognition is near-perfect in its ability to provide great dictation and document creation.

The manual labor that used to be the province of the coalface lawyer is now handled increasingly by tools that will do the due diligence and document analysis.

But there is a difference, for instance, between legal writing and document creation. The former is far more difficult to leave to the digital hands of software or robots.

Similarly, legal research is something requires an understanding of language and other subtleties that can easily evade the ‘machine’. 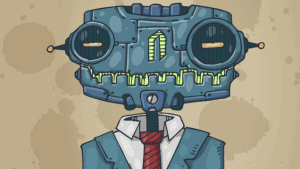 Machine learning-based software reduces the amount of time lawyers must spend on rote, mechanical tasks like extracting data from contracts, leases, and other documents, allowing them instead to focus on distilling data into meaningful, actionable form.

Andrew Ng, director of the Stanford Artificial Intelligence Laboratory observed that “there will be always be work for people who can synthesize information, think critically, and be flexible in how they act in different situations.”

While machines and even robot lawyers might well be analyzing data, the lawyers will still be there to be hired.