(AUSTIN) October 14, 2014 –Berry Spears, who previously served as the partner-in-charge of Norton Rose Fulbright’s Austin office, has joined Locke Lord’s Austin office as a Partner in the Firm’s Litigation Department and its Bankruptcy, Reorganization and Insolvency Practice Group.

“We are fortunate to have someone with Berry’s stature and stellar reputation in the bankruptcy and restructuring practice area join us,” said Brian Cassidy, Managing Partner of the Firm’s Austin office. “Berry has represented clients on complex matters spanning numerous industries and commercial sectors, including energy/oil and gas, public utilities, high tech, communications, real estate, manufacturing and government contracts and defense. He will have an immediate impact on our Austin office and the Firm as a whole.”

Spears earned his law degree from The University of Texas School of Law. He is consistently ranked as one of the top bankruptcy/restructuring lawyers by Chambers USA and Who’s Who Legal and was included in the Austin Business Journal’s list of “Who’s Who in Energy” in 2013. He is a Fellow of the Texas Bar Foundation and has served in numerous community leadership positions, including Chairman of the American Heart Association Walk in Austin in 2013. 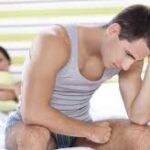