You are here: Home / Legal Opinion / Are British Lawyers Being Better Trained than Their US Counterparts?

Harriet Swain is a journalist writing mainly on education matters. This item is from The Guardian. 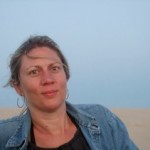 It is an exciting time to be an English lawyer – especially one prepared to look beyond England. The more economically globalised the world becomes, the more it needs globalised legal services, which means more career opportunities for law graduates willing to work in other countries and across jurisdictions, especially if they have an English legal background. With English common law the de facto law of business, and English the de facto language, the UK government has seized the chance to promote the UK as a commercial legal capital of the world, hoping this could be a key driver of economic growth.

Already 200 foreign law firms are operating in London and lawyers are bringing in about £3.5bn in foreign earnings. The Rolls Building, a high-profile court complex opened in London two years ago, which is designed to attract complex business disputes from around the world, epitomises the government’s vision of the future possibilities the legal profession offers.

How best to prepare fledgling lawyers for this potentially lucrative but challenging environment was the subject of a roundtable discussion last month attended by senior lawyers and legal academics and hosted by the Guardian. It was held in association with The University of Law, which this year, at law firms’ request, will add international elements to its postgraduate law courses through its LL.M legal practice course. In 2014, an internationally focused course will also be launched for undergraduates.

The discussion was held under the Chatham House rule, which allows comments to be reported without attribution in order to encourage free debate.

The University of Law, formerly The College of Law, has centres in seven locations in the UK and has long emphasised the importance of students learning in a professional as well as academic context. A consistent theme of the roundtable was the balance between these two aspects of a legal education.

UK training versus US schooling

Participants praised the UK’s legal practice course (LPC), the one-year postgraduate diploma that graduates must pass before practising as solicitors in England and Wales, for preparing students for the practical aspects of a legal career. Contributors said that city law firms in the US and Canada, where legal education is exclusively degree-based, were frustrated. One participant commented: “They are seeing very bright, capable graduates academically but they don’t have the skills that allow them to start from day one running.”

While new entrants to the legal profession in the US must have completed a postgraduate degree, and are usually preparing to pass the tough New York bar exams, they still tend to be less prepared than their UK counterparts, said another participant: “Typically firms in the US have to work harder earlier in people’s careers to build up their skills and knowledge.”

This did not stop many aspiring lawyers from all over the world, and particularly emerging countries such as China and Korea, choosing to study in the US rather than the UK, because it promised an internationally recognised qualification that would allow them to practise immediately, without the need to take a training contract.