Nicole Black – In many ways, 2021 felt like the year that would never end. The pandemic dragged on, and new variants popped up like whack-a-moles. The resulting instability resulted in an increased reliance on remote working software, as lawyers put into place technology that provided the flexibility that their firms needed to transition to a dispersed workforce should the need arise.

As a result of the technology adoption, some businesses, including law firms, experienced significant benefits, including increased efficiency and profitability. But the rapid shift to remote work also exposed vulnerabilities in some business IT systems. The resulting barrage of cyberattacks and computer network infiltrations made headlines throughout the year.

Additionally, the increased adoption of remote working tools had the end effect of contributing to a particularly busy year for legal tech-sector investments. There was an influx of venture capital and private equity funding throughout the year, along with a number of record-setting initial public offerings and many notable mergers and acquisitions.

The remote working trend also impacted law firm recruitment. Some law firms were less than accommodating when it came to the flexible work arrangement requests from their employees, including law firm associates, who had become accustomed to remote work. As a result, some employees chose to pursue other job opportunities, which caused a labor shortage at the associate level in law firms.

In other words, if nothing else, 2021 was an eventful year. Identifying the top five legal technology news stories of the year wasn’t easy, but the common thread of remote work and its effects filtered through the newsworthy items that made the list.

Since the start of the pandemic, we have cautiously emerged from our homes after each surge abated, hopeful that the pandemic was finally nearing its end. But alas, we’ve been wrong each and every time, and any return to normalcy has been postponed until some later point in time.

Each time we went through that process, it became increasingly clear to law firm leaders that this was a long-term situation that called for long-term solutions. The jury-rigged IT systems that law firms had in place that allowed employees to remotely access their law firms’ premises-based systems weren’t going to cut it. Not only did that type of IT setup increase vulnerability to cyberattacks (see below), it also greatly reduced productivity and efficiency when firm employees worked remotely.

For those reasons, throughout 2021, law firms continued to strategically invest in cloud-based software that streamlined remote work processes. So much so that according to the results of a survey conducted in August and September by MyCase, Legal Industry Report 2021: Lessons Learned from the Pandemic, 88% of lawyers surveyed reported that their firms used cloud-based computing, up from 76% before the pandemic. Additionally, 46% reported that their firms had invested in remote working software as a direct result of the pandemic.

2. Cybersecurity risks on the rise

Notably, one of the driving factors behind the uptick in cloud computing software usage was cybersecurity. Businesses, including law firms, that were taking a Band-Aid approach to remote work were increasingly facing cyberattacks against their firm’s on-premises hardware. During those attacks, bad actors installed ransomware on the firm’s computers or premises-based servers and then held the firm’s data hostage until a ransom was paid.

For example, in July, Campbell Conroy & O’Neil, a firm that handles matters for large companies, including Ford, Boeing, Exxon, Marriott and Walgreens announced that it had been a victim of a ransomware attack that potentially exposed Social Security numbers, passport numbers, payment card information, medical information and biometric data.

However, law firms relying on cloud-based software were often spared from the threat of ransomware. For those firms, any firm data that was stored or backed up in the cloud typically was immune from the cyberattack. Cloud-based storage offered protection and provided law firms with an affordable alternative to premises-based computing. Even better, an added benefit of the cloud software used by those firms is the built-in business resiliency provided, since cloud-based software is accessible 24/7 from any location, making it easy for firm employees to collaborate and get work done—no matter where they happen to be.

Of course, the successful transition to remote work while a boon for legal professionals was a double-edged sword for legal employers. The convenience and flexibility offered by remote work caused law firm employees to reexamine their priorities, with many demanding more flexible work arrangements upon their return to the office.

Legal professionals who had become accustomed to working from home were disillusioned with the idea of returning to the office on a full-time basis. Law firm leaders, however, had different expectations, and many insisted that face time reigned supreme. As a result, many legal professionals joined the “great resignation,” resulting in a dearth of legal talent at the associate level in the face of increasing demand for legal services, driven in part by the boom in M&A transactions happening across all businesses.

Speaking of M&As, the legal technology space was not immune from the rapid uptick in activity. The large number of mergers, acquisitions and funding rounds in the legal technology space that began in 2020 continued in 2021 and accelerated as the year went on. The drumbeat of PR announcements has rarely ceased, and it was sometimes difficult to keep up with the dizzying number of transactions occurring. By one estimate, as of September, $1 billion was raised, compared to $510 million invested in 2020 and the previous all-time high in 2019, when $989 million was invested.

A hotly debated topic surrounding the increase in activity was whether it was caused by the pandemic or was simply a predictable and natural acceleration that would have happened regardless. Either way, it is indisputable that a record-breaking amount of money flowed into the legal technology space in 2021.

There were also a significant number of acquisitions, resulting in the unprecedented consolidation of legal technology companies.

Just as notable as the funding round and acquisitions were the first-ever U.S. initial public offerings in the legal technology space. All three happened over the summer, and each company below represented different areas of the legal technology arena: online legal services, business software for larger law firms and e-discovery software.

Of course, IPOs don’t necessarily lead to untold business success, as evidenced by the shenanigans happening down under on the heels of the botched Nuix IPO from last December. Almost immediately after the IPO happened, the trouble began for Australian-based Nuix, a well-known e-discovery software company.

Investigations centered around insider trading were launched within a matter of months. Currently, Nuix is also facing at least two class action lawsuits brought on behalf of shareholders. Earlier this year, the CEO and the chief financial officer stepped down, and the future remains unclear just one year after the initial IPO.

No matter how you slice or dice it, 2021 was a year to be remembered. The instability of the pandemic had the surprising result of fueling a tumultuous, unpredictable and investment-heavy year in the legal technology industry. With another COVID-19 variant making its way across the United States and the legal technology space showing no signs of slowing down, who knows what will come next? One thing that’s certain is that it’s sure to be interesting. 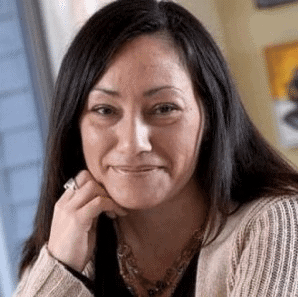 Nicole Black is a Rochester, New York-based attorney, author and journalist, and she is the legal technology evangelist at MyCase, a company that offers legal practice management software for small firms. She is the nationally recognized author of Cloud Computing for Lawyers and is co-author of Social Media for Lawyers: The Next Frontier, both published by the American Bar Association. She also is co-author of Criminal Law in New York, a Thomson Reuters treatise. She writes regular columns for ABAJournal.com and Above the Law, has authored hundreds of articles for other publications and regularly speaks at conferences regarding the intersection of law and emerging technologies. Follow her on Twitter @nikiblack, or she can be reached at [email protected].  This article was first published in ABA Journal.com