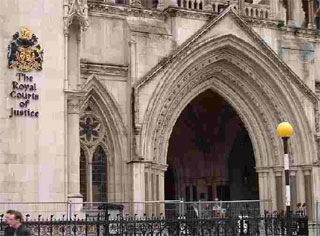 Tom Snelling and Kim Sofroniou at Freshfields write about current judicial concerns over the use of witness statements in English court proceedings, and the possible options for reform.

Freshfields Brukhaus Deringer – Back in 2012, in her judgment in the mammoth Berezovsky v Abramovich litigation, Mrs Justice Gloster (as she then was) noted that the approach to evidence taken in that case “led to some scepticism on the court’s part as to whether the lengthy witness statements reflected more the industrious work product of the lawyers, than the actual evidence of the witnesses” ([2012] EWHC 2463 (Comm)).

Although Mrs Justice Gloster went on to say that, in that case, the complexity of the facts in issue was such that requiring evidence in chief would have been impractical, her scepticism about the witness statements will have come as no surprise to some who litigate in the Commercial Court.

Mr Justice Cooke echoed Mrs Justice Gloster’s comments in a judgment handed down last year in which he described certain witness statements filed in the Commercial Court as having been “cunningly crafted” to put “the case by reference to the documents that have been disclosed, and that’s not what witness statements are for” ([2013] EWHC 3463 (Comm)).

The mood of the Commercial Court has become even clearer over the last couple of months:

Mr Justice Andrew Smith said in Kaupthing Singer & Friedlander v UBS AG [2014] EWHC 2450 (Comm): “It’s become a problem with litigation in this court, that we are served up long witness statements, often with significant passages that are inadmissible, and then go away to read page after page of it and try and digest it and deal with it when we are writing our judgment, and it’s not the right way to do it”; and
Mr Justice Field commented in Renaissance Capital v African Minerals Limited [2014] EWHC 2004 (Comm): “This trend to produce over lengthy and argumentative witness statements must stop. It is wasteful of costs and the court’s valuable time.”

So, how is it that the witness statement, a mechanism originally introduced to save time and costs, has evolved into an unwieldy target for judicial censure?