Tony Gavigan drove the litigation against the Feltex directors, on behalf of 3639 investors in the name of Eric Houghton and seeking $185 million from the former directors and the company promoters following the issuing of the 2004 prospectus.

The dispute between Gavigan and Eichelbaum 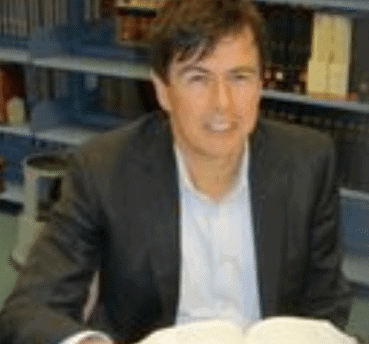 (right) relates to the funding vehicle for the class action lawsuit, which lead to censure by the Law Society against Eichelbaum.

Eichelbaum’s censure was upheld by the High Court after the New Zealand Lawyers and Conveyancers Disciplinary Tribunal found him guilty of two charges of misconduct and one charge of unsatisfactory conduct.

The lawyers standards committee also appealed the Tribunal’s decision. It appealed against dismissal of one of the charges and also against the penalty, submitting that it was inadequate and seeking a period of suspension.

The funding vehicle used for the Feltex litigation was created in 2007 and by mid 2009 Gavigan, a former Fay Richwhite banker, formed a deal with Eichelbaum for a 10 per cent shareholding for the Feltex appeal hearing and also to recognise his efforts in raising funds for the litigation.

Additional funding was sought in 2011 from Harbour Litigation Investment Fund, which did not involve Eichelbaum and resulted in a “negative reaction” from Eichelbaum.  Other objections to the fee-splitting arrangements were objected to by Eichelbaum as well, which resulted in Eichelbaum forwarding an email to Gavigan explaining that he and another partner were left “out in the cold”.

Subsequent emails were forwarded that contained “adverse and unpleasant comments” about Gavigan, which went to law firm Wilson McKay, who were acting for the investors.

Eichelbaum subsequently launched a complaint tht JAFL and Gavigan had infringed the Fair Trading Act and other complaints relating to alleged legal breaches, some of which found favour with Justice Whata in the Auckland High Court.

The Court of Appeal subsequently disagreed on the FTA issue and the judgment has had several redactions with Eichelbaum unsuccessfully seeking to have the judgment recalled.

John Eichelbaum has extensive litigation experience, as noted in his website –

I have significant public law background through my six years’ experience at the Crown Law Office, Wellington as a Crown Counsel. I appeared as senior counsel to Ms Mai Chen, of the leading public law firm of Chen & Palmer, in the case of BARNZ v Attorney-General. This was a significant public law case in which Chen & Palmer acted for a number of airlines, New Zealand based airports and tourism organizations in challenging the then Government’s endeavors to impose a $36 million per annum charge on various participants in the travel industry .

The airlines/airports established that they had not been properly consulted in accordance with the Biosecurity Act. In the final result, with a change of Government in , the proposed $36 million per annum charge has never been imposed, and our clients were thus entirely successful in the litigation and saved themselves $36 million per annum as a result of it.