Insurance barrister Steve Keall has had ample experience with clients discussing costs on civil claims, but the broad ‘best guess’ approach was not something that filled the bill for him, or the clients.

He set about developing a smarter and accurate way to assess costs, developing an online calculator app that tallied costs under both the District and High Court Rules to create an online report that can be used to quickly and accurately provide costs details for clients.

Two Bees, the software that provides the software is a product from The Legal Drive Ltd, his legal software and publishing company.

Using a ‘tick box’ system, Two Bees produces an online report that can used for reference or downloaded as a document or as a memorandum of counsel.

Available on the web and for Android mobile phones, with an iPhone version coming, Two Bees has already found high acceptance among litigators and others.

“Two Bees’ tick box system means a lawyer can produce a report while still talking on the telephone and maintaining concentration on something else,” Steve Keall says.

“And obviously it is useful when calculating costs following a win. Lawyers who have used it have commented on how quick and easy it is. One curmudgeon scoffed at it, and it later occurred to me that in his particular case carrying out a costs calculation was such a rare event for him, he should probably just stick with Excel or better yet just pack up and go home.”

One of the other major advantages of the app is not just its immediacy and accuracy in terms of providing costs breakdowns, but also providing the variables that come in dealing with hearings of different durations, or with (or without) interlocutory hearings and the like.

Two Bees does not require user permissions and does not retain any user data of other information, he says.  The software does not record or know who the users are or how the app will be used.

Currently the software is to be updated to provide civil costs for Court of Appeal hearings.

And the legal publisher is also currently working on developing online services via Remote Legal, to provide online CPD where presenters are provided online leveraging the power of technology at what he says is a fraction of the cost of larger providers.

“It works financially because we get many more people signing up. We also pay our presenters. If you get hundreds of people signing up, not only does the presenter showcase their ability but it is also remunerative”, Steve Keall says. 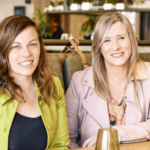 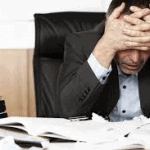