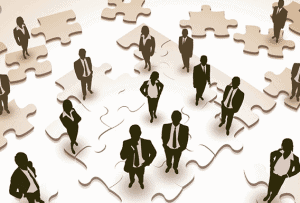 As the lockstep pay model continues to receive both criticism and support from large law firms using the compensation model.

Lockstep compensation bases payments upon seniority rather than merit, or other factors but as LawFuel recently reported, the tide may well be turning.

But it appears to remain in vogue for most firms with recent reports indicating that both Debevoise and Cleary Gottlieb have reviewed the compensation model but, it would appear, are sticking with the payment model.

There has been increasing pressure from many firms to move away from lockstep compensation.

The lockstep model is the most widely used by law firms in the US, UK and other jurisdictions where the equity partners’ profit shares increase with seniority.

So, those who are year six or seven will be paid the same as others who joined the firm in those years with automatice annual increases for associates and partners.

Firms like Slaughter and May and Linklaters are fond users of the model, but pressures remain from many quarters to change the payment system and to reward merit rather than seniority.

Debevoise said that their compensation model review this year wasn’t started by any fear of losing talent or by a desire to gain an edge in recruiting but rather a ‘periodic’ pay review.

“I think it’s simply healthy for the partnership,” Debevoise managing partner Michael Blair told Texas Lawyer. “To talk about arrangements that we’re all governed by.” The firm had a similar review, before Blair became presiding partner in 2011.

The main disadvantages seen by lockstep critics is that it encourages inefficiency and an unfair position that provide compensation to those who simply coast rather than perform.

It Matters for Associates Too

In the UK, as in the US, the payments systems are closely watched by those seeking to join different firms as the payment systems vary.

The arrangements will depend to some extent upon the particular firm culture and the sort of people it is seeking to attract.

A key benefit of a merit-based law firm compensation system is that it affords greater flexibility to allow partners to move up and down within the reward structure adopted by the firm.

So partners can retire from their roles and remain a key part of the firm rather than being forced out due to the disparity between what they can deliver as fee earners and what they draw. In this way, a merit-based system can create a more elegant yet proportionate structure.

Similarlarly, the eat-what-you-kill approach has issues as it is the polar opposite to lockstep.

It is clear that the traditional law firm partnership model is increasingly seen as often unsuitable for today’s economic conditions, with listing on the stock market an attractive corporate alternative for large firms in the UK and elsewhere while in the US the increasingly competitive legal market is requiring different payment models to be employed.

In the UK there have already been a handful of firms have floated on the London Stock Exchange, with regional law group Knights among the most prominent to take advantage of the faster growth opportunities provided by opening a firm up to investors such as private equity funds.

Whatever the reason, the drivers behind change to the lockstep compensation model continue to gather pace with law firms needing to more closely consider just what sort of firm they want to be – and what sort of lawyers they want to attract to them.