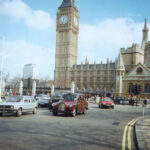 Another City firm is about to be born with the potential merger of Speechly Bircham & Withers in a firm that would create a City-based firm of around 500 lawyers and 11 global offices.

The combined firm would create an opportunity for the corporate and property base of Speechlys to combine with the international reach that Withers has via its 10 global offices.

The Lawyer reports that the combination would have 200 partners.

A merger would put the combined outfit on the brink of the top 20 UK firms by turnover, with Addleshaw Goddard last year standing 21st on £170m.

How advanced the talks are is unclear, but a source with knowledge of the potential tie-up commented: “It’s premature to talk about it being a done deal.” The talks were first reported by legal website RollonFriday.

Withers partners are today gathered in Italy for the firm’s partnership conference. The firm has an office in the country, one of three bases on Continental Europe in Geneva, Milan and Zürich.

Speechlys’ offices are in London, Luxembourg and Zürich, with the latter two opening in June 2011.

The news also comes after Speechlys brought in Martin Lucas as its finance director earlier this year from US firm White & Case, where he was UK finance director. The firm moved into larger headquarters in New Street Square in 2008, later merging with West End firm Campbell Hooper in 2009 to propel it into the top 50 UK firms by revenue.

The new firm would place a major challenge in the way of firms in the private client space, an area that is in increasing demand internationally, particularly in the emerging Asian and Russian markets.