This 2012 documentary tells the story of the 1989 Central Park jogger case, in which five men were wrongfully convicted of the violent assault and rape of a woman who was jogging in Central Park. After the true perpetrator of the crime confessed, the five original suspects sued the city of New York for malicious prosecution and racial discrimination.

This film, made in 1988, documents the wrongful murder conviction of Randall Dale Adams. The film includes re-enactments of the crime and interviews with those involved, including Adams’ defence attorneys, who argued that Adams was wrongfully convicted because, under Texas law, he could be sentenced to death.

This documentary, made in 2014, looks at the corruption within the 75th precinct of the NYPD during the 1980s. It follows the story of former police officer Mike Dowd and his partner Ken Eurell, who were arrested on drug trafficking charges in 1992, and includes footage from the investigation and interviews with Dowd and Eurell.

Brother’s Keeper tells the story of Delbert Ward, who in 1990 was accused of the murder of his brother William in Syracuse, New York. Ward was never convicted of the crime due to lack of DNA evidence and the suggestion that he was coerced into a confession by New York state police, who had him sign a written statement that he couldn’t read.

This Academy Award-nominated documentary follows the trial of Arnold Friedman, and later his son, Jesse, who were arrested for child molestation in the 1980s. The film consists of the family’s home movies, which were filmed while Arnold and Jesse awaited trial.

6. The Jinx: The Life and Deaths of Robert Durst

This HBO miniseries documents the life of accused murderer Robert Durst, whose story inspired the 2010 film All Good Things. Directed by the same person who madeAll Good Things, The Jinx includes interviews with Durst, who was accused of the murder of three people, including his wife, Kathie. Durst was arrested for first-degree murder the day before the series finale aired on 15 March 2015.

This documentary series, beginning with the 1996 film Paradise Lost: The Child Murders at Robin Hood Hills, follows the trials of three teens who were accused of the murder and mutilation of three younger boys as part of a satanic ritual. The second film in the trilogy revisits the suspects four years later, and the third film, made in 2011, documents their release from prison after they were given an Alford Plea and their sentences were suspended.

Following the events of the Paradise Lost trilogy, West of Memphis focuses on the father of one of the victims of the Robin Hood Hills murders, viewing him as a potential suspect. The film also documents the history of the three original suspects’ trials and their life in prison prior to their release in 2011.

This 2013 film documents the story of the 2008 “kids for cash” scandal in Pennsylvania. The scandal occurred when two judges were found guilty of accepting bribes in order to send thousands of young people to juvenile detention centres for minor crimes. The film sees one judge, Michael Conahan, admit to the crime, while the second, Mark Ciavarella, pleads not guilty.

10. The Trials of Darryl Hunt

This 2006 documentary focuses on the trial and conviction of Darryl Hunt, who was wrongfully accused of the rape and murder of a woman in North Carolina in 1984. Hunt was convicted despite a lack of DNA evidence, and was eventually exonerated in 2003 when another man confessed after new DNA evidence linked him to the crime.

This critically acclaimed 2011 film tells the story of two men who were convicted of a triple homicide, one of whom, Michael Perry, was subsequently sentenced to death. As well as including interviews with the victims’ families and law enforcement involved in the case, the filmmakers talk to Michael Perry, who gave his last interview for the film only eight days before he was executed.

12. Murder on a Sunday Morning

This Academy Award-winning documentary film, made in 2001, documents the trial and wrongful conviction of 15-year-old Brenton Butler in Jacksonville, Florida. Though he originally confessed to the crime, during the trial Butler testified that he had been coerced into a confession by law enforcement. The documentary follows Butler’s defence attorneys as they build a case for his innocence. 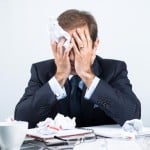 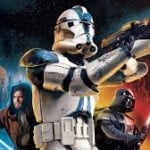