As alleged in a five-count Indictment, Miller – an attorney who worked for Body Glove, International and served as the President and Managing Partner of MWRC – devised a scheme to steal money from MWRC to pay for his personal, non-company related expenses.

The Defendant carried out his scheme by writing checks from MWRC’s bank account to pay himself unauthorized income and supplemented his legitimate salary to the tune of hundreds of thousands of dollars over approximately four years. The Indictment further alleges that the Defendant failed to disclose to other MWRC partners his on-going self-enrichment scheme and failed to disclose to the banks that the checks he wrote to himself were not authorized by MWRC.

*The charges and allegations contained in the Indictment are merely accusations, and the defendants are considered innocent unless and until proven guilty. 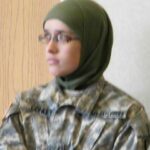