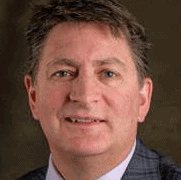 Powered by LawFuel – Wayne Marriott, Christchurch based mediator is to be celebrated on February 18th as the Resolution Institute Michael Klug Awardee for 2019

Wayne Marriott, a Christchurch mediator has received the coveted Michael Klug Award for his contribution in helping rebuild the community after the Christchurch shootings.

Resolution Institute will host a special event on February 18th in Christchurch to celebrate this event.

In making the Award to Wayne, the Board of Resolution Institute acknowledged that with his strong connections at a community grass roots level, he has demonstrated capacity to enhance community peace building through a range of dispute resolution services including mediation, restorative justice and capacity development work.  Wayne’s efforts to support community recovery from the Christchurch shootings are exemplary of the types of peacemaking that help communities heal and move forward through conflict.

Marriott has worked in conflict resolution and peace building for the last 19 years through his practice Fleetwood Peacebuilders in Christchurch. Humbled by the award Marriott said “This type of recognition from my peers tells me we are not alone in our endeavour. Peacebuilding can be a lonely existence, so right now I’m feeling connected to my colleagues. It has created a momentum of camaraderie that I’d like to maintain.”

After the shocking events in Christchurch, Marriott was returning to his office after an appointment when his son, a police officer, called to say he was responding to the shooting. “I realised the apparent danger that my son was about to experience. I began to take the event very personally,” Marriott said.

Marriott sought ways to respond constructively to the tragedy: reaching out to those he knew personally injured or affected by or at the attacks; volunteering his services to advocacy and activist groups and getting involved with refugee and immigrant support. Later he was contacted by a lawyer who connected him with the advocacy group ‘Just Community’ and he has since participated in “the beginning of lengthy and challenging conversations with various arms of government,” including the Minister of Ethnic Affairs.

Marriott said “peacebuilding and support efforts after a traumatic event are necessary long after much of the broader community has forgotten the incident”.

The event will be held at Rydges Latimer, Christchurch on Tuesday 18th February from 4.30pm. You can register for this event here or call us on +64 4 470 0110 or  0800 453 237: https://www.resolution.institute/events/event/networking-event-christchurch-an-event-to-celebrate-the-resolution-institute-michael-klug-awardee-wayne-marriott

Resolution Institute is the largest dispute resolution membership organisation across Australia and New Zealand, with over 3000 mediators, arbitrators, adjudicators, conciliators, restorative practitioners and other dispute resolution professionals as its members. It supports its members through providing educational tools, networking opportunities and access to robust accreditation and grading systems. 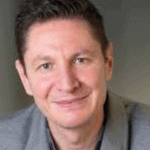