Audrey Strauss, the Acting United States Attorney for the Southern District of New York, announced today that CRAIG ZABALA, the chairman, chief executive officer, and president of Concorde Group Holdings Inc. (“Holdings”), pled guilty before U.S. District Judge J. Paul Oetken to conspiracy to commit securities fraud and wire fraud stemming from a scheme to defraud investors in Holdings, a purported merchant banking firm.  Among other illicit activity, ZABALA fraudulently induced at least 17 investors to invest at least approximately $4.38 million based on false and misleading statements, by failing to use investors’ funds as promised, including to build Holdings’ purported business by investing in and buying other financial services companies, and by converting investors’ money to his own use, including to repay other investors in a Ponzi-like fashion.

Acting U.S. Attorney Audrey Strauss said:  “Craig Zabala admitted in court that he defrauded investors of more than $4 million through a purported financial services firm he controlled.  Zabala lied to investors about how much money had been raised, who had invested, how close the firm was to an IPO, and how he would use investors’ money – most of which he took for his own use or to pay off investors in Ponzi-like fashion.”

According to the allegations in the Complaint, the Information filed today, and other proceedings in this case:

Holdings was a Delaware corporation formed in or about 2015, with an office in Jersey City, New Jersey, and a mailing address in New York, New York.  Holdings purported to provide financial services, including merchant banking, investment banking, asset management, and securities brokerage services, to entrepreneurs, investors, and businesses in the middle market, meaning small to mid-sized companies with revenue and market capitalizations of less than $1 billion, in North America, Europe, and Asia.  Holdings’ purported affiliates included Group, DBL, Blackhawk, CIM, and Concorde Europe.  ZABALA was a majority owner of Holdings.

Group was a Delaware corporation formed in or about 1995, based in New York, New York, that purported to provide the same types of financial services as Holdings.  Group’s purported affiliates included DBL, Blackhawk, CIM, and Concorde Europe.  ZABALA was a majority owner of Group.  Between in or about 2001 and in or about 2014, Group purportedly raised approximately $18 million from investors.

From at least in or about 2015 through in or about 2020, ZABALA and others perpetrated a scheme to defraud at least approximately 17 investors out of at least approximately $4.38 million in Holdings notes, warrants, and equity, almost all of whom invested in a private offering by Holdings of $25 million in senior secured notes with attached warrants paying 13 percent interest (the “Holdings Offering”).

ZABALA and others falsely represented that the proceeds from the offerings would be used to grow Holdings’ purported business by investing in and buying other financial services companies.  In truth and in fact, and as ZABALA well knew, Holdings did not make any investments in or buy other companies.

ZABALA and others falsely represented to Holdings investors that Holdings had raised nearly $25 million in the Holdings Offering.  In truth and in fact, and as ZABALA well knew, Holdings only raised a few million dollars.

ZABALA and others falsely represented to Holdings investors that the family office of a wealthy German family had invested millions of dollars in Holdings.  In truth and in fact, and as ZABALA well knew, this family office never invested in, and never committed to invest in, Holdings.

ZABALA and others falsely represented to Holdings Investors that Holdings would soon have an initial public offering (“IPO”), which would result in large profits to Holdings investors.  In truth and in fact, and as ZABALA well knew, Holdings was not close to an IPO.

ZABALA converted at least approximately 70 percent of the approximately $4.38 million in Holdings investor funds in the form of cash withdrawals and other transfers to himself, payments to his girlfriend, payments of his personal credit card bills, and repayment of Group investors in a Ponzi-like fashion.

ZABALA, 68, pled guilty to one count of conspiracy to commit securities fraud and wire fraud, which carries a maximum sentence of five years in prison.  The charge also carries a maximum fine of $250,000, or twice the gross gain or loss from the offenses.  The maximum potential sentence in this case is prescribed by Congress and is provided here for informational purposes only, as any sentencing of the defendant will be determined by the judge.  ZABALA also agreed to forfeit $4,380,000 and to pay restitution in the amount of $4,380,000.  ZABALA is scheduled to be sentenced by Judge Oetken on February 5, 2021 at 11:00 a.m.

Ms. Strauss praised the outstanding work of the United States Postal Inspection Service’s New York Division, and also thanked the SEC and Financial Industry Regulatory Authority for their assistance and cooperation in this investigation.

This case is being handled by the Office’s Securities and Commodities Fraud Task Force.  Assistant United States Attorney Joshua A. Naftalis is in charge of the prosecution. 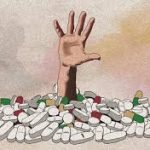 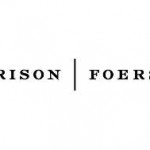