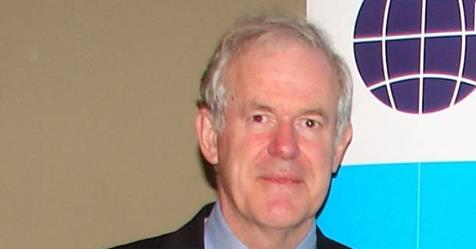 Lawyer Gregory Thwaite has stepped on the sensibilities of women and women lawyers in particular with an invitation to an international meeting that offends them on multiple levels.

Mr Thwaite, chair of the Auckland branch of the Institute of International Affairs, issued an invitation thaat he presumed clever and even erudite, but which came across instead as crass and ignorant.

To wit: – “the best party has women with a past and young men with a future” – from 19th century French writer Honoré de Balzac.

The invitation, to the annual dinner for the NZ Institute of International Affairs at the very establishment Wellington Club, has gone down like the proverbial cup of sick.

It has also prompted a complaint to the Law Society, itself already embroiled in the whole #Metoo saga that has seen its actions criticised by lawyers for its handling of issues relating to sexual harassment of women in the law.

Among the vociferous critics of the issue were Olivia Wensley, who posted on LinkedIn and the Wellington Women in Law Associaton on Facebook among others: 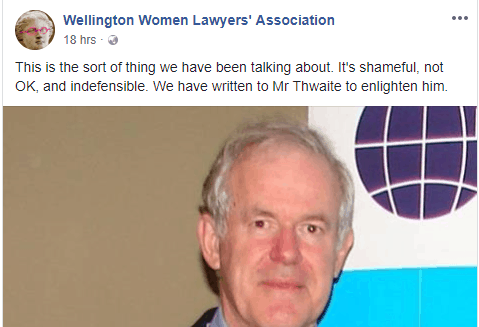 And the Institute’s first female director in its 82 years of existence, Maty Nikkhou-O’Brien, was also less than impressed, quoted in Stuff.co.nz saying: “I don’t think he will lose his chairmanship but I think it will give him an indication of what is appropriate and what is not.”

A lawyer who formerly practiced in California, Gregory Thwaite practices in Queen Street and also helped Whale Oil blogger Cameron Slater, who sought assistance to pay the Thwaite fees, in a blog post in 2010 and relating to Slater’s stance on name suppression.