Is State Law in Mississippi being circumvented by a new DUI law whereby Highway Patrol officers who conduct “No Refusal Weekend” and take blood tests actually be quite simply illegal.

Earlier this month, the state highway patrol and local law enforcement officers conducted a “No Refusal Weekend,” in which motorists who were suspected of driving impaired and refused sobriety tests could be ordered by a judge to submit to a blood test.

The blood test was done by a registered nurse on call at the jail after the judge, who has been notified beforehand of the initiative, determines that there was probable cause to believe the driver was impaired.

But a local attorney says the process is nothing more than a way to circumvent state law.

Mississippi Highway Patrol Director of Public Affairs Johnny Poulos said there is not much difference between a “No Refusal” weekend and what takes place any day of the week.

“That officer has a legal avenue (of seeking a warrant from a judge) that they can take regardless of the ‘No Refusal’ weekend,” Poulos said.

Under normal circumstances, however, the motorist is taken to a hospital for blood to be drawn if a judge issues a warrant for the test. During “No Refusal” weekends, a registered nurse is at the jail to draw blood on site.

Judges are also notified ahead of time that the initiative is taking place and to expect a higher volume of calls due to increased enforcement presence.

Read more at the Clarion Ledger 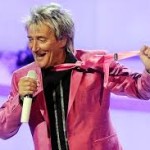 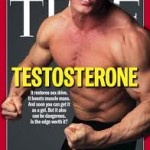