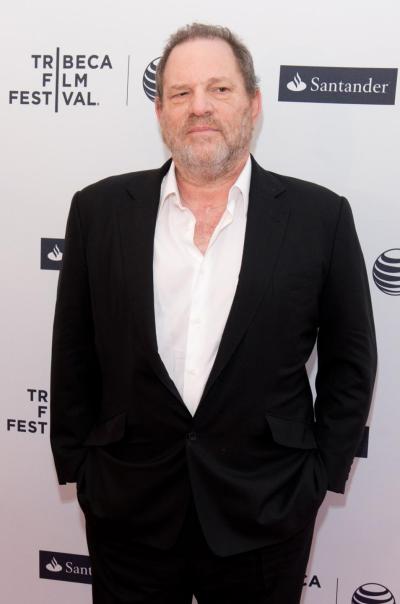 Morality clauses, or morals clauses, are making a comeback in the age of the #MeToo and Time’s Up movements. A sample morality clause in an actor talent agreement may read as follows:

Artist shall act at all times with due regard to public morals, conventions and Studio policies. If Artist shall have committed or does commit any act, or if Artist shall have conducted or does conduct himself in a manner, which shall be an offense involving moral turpitude under federal, state or local laws, or which might tend to bring Artist to public disrepute, contempt, scandal or ridicule, or which may embarrass, offend, insult or denigrate individuals or groups, or that may shock, insult or offend the community or Studio workforce or public morals or decency or prejudice Studio, or which results in or is likely to result in actual or threatened claims against Studio, or which otherwise may might tend to reflect unfavorably upon Studio, Studio shall have the right to terminate this Agreement upon notice to Artist given at any time following the date on which the commission of such act, or such conduct, shall have become known to Studio.

Studios, networks, producers, distributors, financiers, advertisers and many others make a significant investment in television and motion picture projects. That investment is put at risk if public opinion turns against a key personality or executive connected with a project.

Recent events involving actor Kevin Spacey are a case in point. After multiple reports surfaced that Kevin Spacey engaged in sexual misconduct, studios cancelled a number of his pending film and television projects.

Imperative Entertainment, the financier of Ridley Scott’s All the Money in the World, spent $10 million to reshoot Spacey’s scenes with Christopher Plummer and save the film in time for its holiday release. Separately, Netflix immediately severed its relationship with Spacey, reportedly losing tens of millions of dollars by shutting down production on House of Cards and scrapping its Spacey-driven Gore Vidal biopic, which was already in post-production.

Because Spacey did not have a morality clause in his contracts, he was reportedly paid for the entire final season of House of Cards and for All the Money in the World. In January 2018, Netflix announced that it took a “$39m non-cash charge in Q4 for unreleased content [it] decided not to move forward with.” Netflix CFO, David B. Wells, confirmed in the Q4 earnings call that the “write-downs” were “related to the societal reset around sexual harassment.”

Indeed, this is the very scenario Universal sought to avoid when it first announced the use of morality clauses in September 1921:

“As contracts are drawn today, a company seems to be liable not only to continue to pay the salary of an actor or actress who forfeits the respect of the public, but has to bear the obloquy of still having them in its employ. Pictures on the market or unreleased and unreleasable are sufficient penalty to pay for an infraction of the moral law by an employee in whose good name millions may be tied up and over whose moral conduct the company has no control whatever.” (Morality Clause For Films, N.Y. Times, Sept. 22, 1921, at 8) (PDF).

Those who oppose the use of morality clauses worry that they can be drafted too broadly and are subject to abuse. This criticism is supported, in part, by the politicized history of morality clauses. In the 1940’s and 1950’s, several studios used morality clauses to terminate the agreements of the so-called Hollywood Ten, a group of ten actors and screenwriters who were jailed, and blacklisted by movie studios, for publicly denouncing the activities of the House Committee on Un-American Activities during its investigation of Communist influence in Hollywood.

Even today, some representing talent fear that morality clauses, particularly those that are broad or ambiguous, may create pretext for termination of contracts based on other factors.

There is also concern that morality clauses can be unfair to talent since anyone can invent an accusation, or make a public statement that is not necessarily true. Both the Director’s Guild of America (DGA) and the Writer’s Guild of America (WGA) have banned morals clauses in guild member agreements for decades. The DGA Basic Agreement states that: “Employer agrees that it shall not include or enforce any so-called ‘morals clause,’ as the term is commonly understood in the motion picture and television industries, in any contract of employment or deal memo for the services of an employee.” Similarly, the WGA Basic Agreement states that: “Company agrees that it will not include the so-called ‘morals clause’ in any writer’s employment agreement covered by this Basic Agreement.”

Though the Screen Actors Guild-American Federation of Radio and Television Artists (SAG-AFTRA) does not contain a similar prohibition, talent agents and attorneys often negotiate for the removal of a morality clause from a talent agreement, or to narrow and clarify the terms.

Despite these concerns, the ambiguities highlighted by opponents of morality clauses can be negotiated to tailor these clauses more precisely and address each parties’ position. Moreover, the incentive to avoid deliberately destroying a project would also ensure that a talent agreement is only terminated pursuant to a morality clause when it is warranted.

The #MeToo and Time’s Up Movements are playing an important role in forcing a number of industries, including Hollywood, to recognize and be accountable for conduct. In the meantime, film studios, networks, and producers have begun reconsidering the use of morality clauses both as a way to deter misconduct and to provide them with some means to protect their investments.