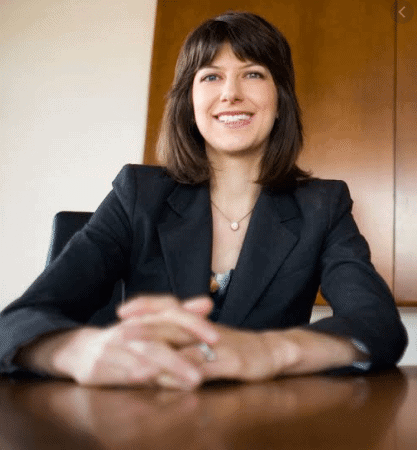 Washington, DC – January 6, 2020 – Elizabeth Prelogar has joined Cooley as a litigation partner based in Washington, DC, where she will focus on appellate and white collar matters. She arrives from the Office of the Solicitor General at the US Department of Justice, where she was an assistant to the solicitor general. Previously, Prelogar served as assistant special counsel in the Special Counsel’s Office under Robert S. Mueller III and alongside recent Cooley addition Andrew Goldstein.

“Elizabeth is one of the country’s preeminent appellate lawyers, and her capabilities will further bolster our rapidly expanding litigation team,” said Mike Attanasio, chair of Cooley’s global litigation department. “Her experience writing impactful briefs and arguing before the US Supreme Court, coupled with her highly regarded analytical skills and strategic savvy, will be invaluable assets to our clients as they confront increasingly complex litigation and regulatory challenges involving new technologies, privacy and enforcement.”

After graduating from Harvard Law School, Prelogar clerked for Judge Merrick Garland of the US Court of Appeals for the DC Circuit. She then served back-to-back Supreme Court clerkships for Justices Ruth Bader Ginsburg and Elena Kagan. After her clerkships, she joined Hogan Lovells in its Supreme Court and appellate practice.

From 2014 to 2019, Prelogar served as an assistant to the solicitor general in the Office of the Solicitor General, which represents the United States in the Supreme Court. Prelogar has argued seven cases before the Supreme Court involving class actions, constitutional law, government torts, takings claims and criminal procedure issues. During her tenure, she also briefed more than 75 cases at the merits and certiorari stages and helped formulate the government’s appellate strategy in the lower courts. From 2017 to 2019, she served as an assistant special counsel to Special Counsel Robert S. Mueller III, acting as a legal adviser to the investigation. In that role, she provided legal and strategic guidance on the range of issues facing the investigative and trial teams, assisted with motions practice and drafted principal sections of the final report.

“Cooley’s growing reputation as a litigation powerhouse was very compelling to me,” Prelogar said. “I couldn’t be more excited to work with my new colleagues as we build an elite Supreme Court and appellate practice. Cooley’s collaborative culture, its expanding white collar team and the extraordinary arc of its litigation practice added up to an irresistible opportunity.”