The New Zealand Law Society has welcomed legislation to give the Legal Complaints Review Office new powers that will assist in clearing a backlog of complaints involving lawyers.

The legislation would also make the resolution of complaints more efficient and timely, the Law Society has told Parliament’s Justice Committee in a submission on the Tribunals Powers and Procedures Legislation Bill.

The Law Society’s Acting Executive Director, Mary Ollivier, told the committee that both the Law Society and the LCRO have been concerned for many years about the LCRO’s backlog of cases and resulting delays.

“The backlog has been sitting at a very high level – around 500 to 600 cases – for some years,” Mrs Ollivier said. “While there has been some recent improvement in the number of decisions made, the backlog remains. The delays are unacceptable, unfair for complainants and lawyers, and undermine the LCRO’s consumer protection role.”

The LCRO is an independent body that reviews decisions of lawyers standards committees on complaints involving lawyers.

Mrs Ollivier said the Law Society is often mistaken as part of the LCRO.

“There is a widespread misperception amongst lawyers and complainants that the Law Society is responsible for the LCRO delays and this often results in unwarranted criticism.

Amendments enabling the LCRO to strike out unmeritorious applications for review and to have cases dealt with on the papers should have an immediate and significant impact on reducing the LCRO’s backlog.

“To that end the Law Society is very supportive of the Bill’s proposed amendments, and hopes they will be effective in promoting efficiencies and reducing the backlog.” 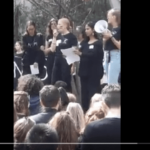