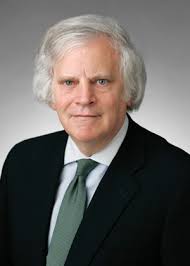 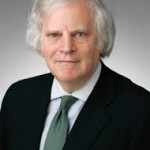 ABA President Jmes Silkenat questions whether President Obama really meant to say that law degrees should be for two years, rather than three. What he meant, according to the lawyer’s president rather than the country’s, was that J.D. degrees should be less expensive.
[wp_ad_camp_3]
The comments were made during a tour when the president was talking about the cost of colleges and that was the context in which they should be read, he said.

“His real emphasis was the cost issue—so if we can find a way to reduce the cost of the three-year degree, that’s a plus,” Silkenat said during a panel discussion Tuesday at Brooklyn Law School. “Employers want more training, not less,” law.com reported.

The gathering was focused on alternatives to the three-year J.D. and the challenges facing law schools and their students. Reducing the number of credits and time required is perhaps the most obvious way to significantly reduce costs. But that concept received little love from the panel, which included New York Law School Dean Anthony Crowell, Brooklyn Law School Dean Nicholas Allard and New York City Corporation Counsel Michael Cardozo.
[wp_ad_camp_3]
Their consensus was that law schools are already experimenting with program structures and practical-skills training, and that dropping a full year of coursework would be too too dramatic a change. Most panelists agreed that the legal academy needs to push harder to reduce student costs, but they offered few concrete ways to do so.

“I’m not prepared to say we need a two-year law school, but I agree with the president that we need to make the third year more practical and less expensive,” Cardozo said.

New York Law School is moving in that direction with a new two-year J.D. program that will be formally unveiled in October and will kick of in January 2015, Crowell said. Like existing programs elsewhere, the initiative will condense three years of coursework into two. But unlike existing programs, in which students still pay the equivalent of three years’ tuition, New York law students will be guaranteed scholarships that reduce their tuition costs by a third, he said, and will be eligible for additional aid on top of that.

Allard touted Brooklyn Law’s new two-year J.D. program, which will open next year. While students will still pay three years of tuition, they will enter the workforce a year earlier—a feature catering to career changers, to people who want to re-enter the workforce and to foreign-trained attorneys, Brooklyn Vice Dean Dana Brakeman Reiser said.

Brooklyn Law is also finalizing plans for a new, two-year fellowship program in which 3Ls would spend their final year working at a partner agency, such as legal aid or a government office. The students would remain at that agency for one year following graduation, essentially as full-time employees paid by the agencies, said Stacy Caplow, associate dean for professional legal education.

The students will still pay full tuition during their 3L year. The program is modeled after the University of California Hastings College of the Law’s Lawyers for America fellowship program.