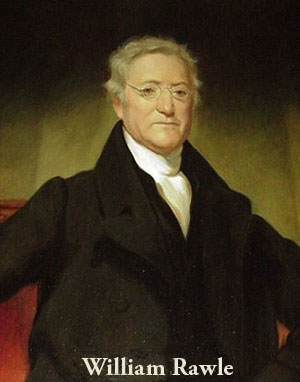 At a time when law firms are becoming “virtual” and outsourcing is all the rage, an historic law firm with roots going back 231 years is something not just charming, but also historic.

The oldest law firm in the United States is evidently Rawle & Henderson, who have been plying their legal trade in Philadelphia for that length of time.

And its colorful history shows it played a role in suppressing the whiskey rebellion in Western Pennsylvania in 1794 and a significant role that is still central to the firm’s practice in maritime law.

It also played a part in the abolition of slavery.

The Philly.com report that the offices of the ancient firm are fittingly redolent of its deep ties to the past. An oil portrait of name partner Joseph Henderson, a onetime president of the American Bar Association, hangs prominently.

On display nearby is a letter from Secretary of the Treasury Alexander Hamilton to firm founder William Rawle, delicately inquiring about progress in a case.
Despite its august lineage and links to the nation’s founding, the surprising fact of Rawle’s longevity has escaped widespread notice, even in the firm’s hometown.

“The firm historically has been focused on its law practice and hasn’t necessarily touted the idea of its being the oldest firm, although in recent years we have tried to focus more attention on this fact,” said Rawle partner Timothy Abeel, a member of the firm’s executive committee.

In his day, Rawle, a Quaker, was one of America’s most prominent lawyers, a friend of Benjamin Franklin, a leading constitutional scholar, and a fervent abolitionist. But he also was a hands-on practitioner who guided clients through inheritance disputes and commercial transactions.

Maritime law was important in Philadelphia’s bustling port then, and Rawle advised shipping companies – whose boats had been seized by foreign governments and sometimes pirates – on whether their insurance policies would cover the losses.

And yet, in some ways, things haven’t changed so much.

It is true that the firm is much larger, with more than 120 lawyers in multiple offices linked by technology. But insurance-related disputes remain at the core of the firm’s business, and maritime law still plays a role.

The firm handled the defense, in a lawsuit in 2012, for the owners of the Philadelphia Ride the Ducks company after one of its boats was rammed by a barge in the Delaware River in 2010, claiming the lives of two Hungarian tourists.

But the title of oldest law firm in the United States apparently is a coveted trademark, and laying claim to it has been the subject of genteel, if sporadic, competition. For a time, the old-line firm of Cadwalader, Wickersham & Taft L.L.P. in New York described itself as the nation’s oldest. But it pulled back from that after Rawle lawyers pointed out their firm had been founded a few years earlier.