Judge Judy’s private plane took a hit as a result of El Nino, with an upset more severe than any award made by the Judge (Judith Sheindlin’s) hit TV show could provide.

The damage occurred near the $11 million home occupied by the Judge and her husband Jerry in Napales, one of several homes used by the highly paid former Manhattan judge.

The aircraft was parked at Napales Municipal Airport last weekend when strong gusts of wind rising to 80mph, forcing the plane onto its underbelly, causing the plane’s fuel to tip to the rear, also tipping the plane up. Sheindlin’s long-running “Judge Judy” television show has made her extremely rich, providing her with $47 million a year according to “Forbes”.  Her total net worth is reputedly $110 million.She and her husband, also a retired judge, recent purchased a new home in Nepales which has six bedrooms and 11 bathrooms overlooking an artificial lake along with three waterfalls, a spa and a lagoon-style pool.

She also has homes in New York and other parts of the States and has developed a reputation as a smart, tough-mouthed judge on her Emmy award-winning show that has garnered one of the largest audiences ever for a daytime television show.

Despite the recent survey about Judge Judy being a Supreme Court Justice, she is simply a very rich, very successful judge-turned-television celebrity. 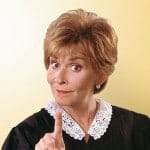 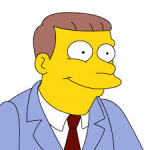