Powered by LawFuel – PORTLAND, Ore. (April 7, 2020) – Perkins Coie is pleased to announce that Misha Isaak has joined the firm’s Commercial Litigation practice as a partner in the Portland office. A prior associate of the firm, Misha rejoins Perkins Coie from the Office of Oregon Governor Kate Brown, where he served as general counsel. Misha’s addition to the Portland office comes after commercial litigator Renée Rothauge joined the office last month.

“Misha is a highly qualified and respected litigator who has demonstrated professional excellence in private practice and government, and we’re excited he chose to return to the firm,” said Jessica Everett-Garcia, chair of the firm’s Litigation Practice. “Misha’s time in the Governor’s Office has given him invaluable experience in the operation of state government, major public-entity litigation, employment law, compliance with professional standards, and tribal affairs. His addition to the firm will bolster our litigation bench for our clients in Oregon and beyond.”

During Misha’s tenure as general counsel, he managed all legal affairs in the Governor’s Office, representing Governor Brown in settling the state’s most significant litigation during her tenure, including its dispute with Oracle, the hoteling of foster youth, services for the intellectually disabled, treatment of transgender inmates, and sale of the Elliott State Forest. Misha also managed the appointment of a historic number of state judges, including more than half of the Oregon Supreme Court, Oregon Court of Appeals, and Multnomah County Circuit Court, significantly increasing diversity of the state court bench.  An excellent trial attorney, Misha argued a number of significant motions during his prior time with Perkins Coie, including the summary judgment argument in Oregon’s marriage equality case.

“Misha is widely regarded as an exceptional litigator with valuable court room experience,” said Portland Office Managing Partner Chris Rich. “Given his prior time here at the firm, Misha knows the firm and its entrepreneurial and collaborative approach well and we know his addition to the office will benefit our clients here in Portland and nationwide.”

Misha has numerous accolades to his name, including being named to Super Lawyers’ Oregon Rising Star list and the “Best LGBT Lawyers Under 40” class from the National LGBT Bar Association. He received the Fighting Spirit Award from Basic Rights Oregon, as well as Perkins Coie’s Pro Bono Award while an associate in 2015.

With more than 400 litigation attorneys across the country, Perkins Coie has extensive jury and bench trial experience in major state and federal jurisdictions and at every appellate level through the U.S. Supreme Court. The firm regularly represents clients in proceedings before a range of federal and state administrative agencies, such as state utilities and regulatory agencies and commissions, the Federal Trade Commission, the Securities and Exchange Commission, the Internal Revenue Service, and, in collaboration with foreign counsel, before administrative and judicial bodies in numerous other countries.

Perkins Coie is a leading international law firm known for providing high-value, strategic solutions and extraordinary client service on matters vital to our clients’ success. With more than 1,100 attorneys in offices across the United States and Asia, we provide a full array of corporate, commercial litigation, intellectual property, and regulatory legal advice to a broad range of clients, including many of the world’s most innovative companies and industry leaders as well as public and not-for-profit organizations. 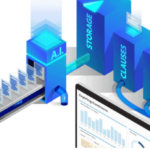 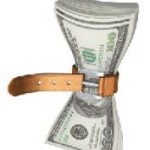