A run-in with Samoa Prime Minister Tuilaepa Dr. Sailele Malielegaoi over a plan to overhaul the country’s legal system didn’t prevent Law Society president Tiana Epati from being recognised for standing up for legal rights in the country.

Her support of the Samoa Law Society (SLS) countering the potential threat to the rule of law in the country was heavily criticised by the Prime Minister.

But the Samoa Observer recognised the fact she had put her ‘neck on the line’ over the threat of rule of law and to the country’s constitution.

She told the Observer that she was “a little surprised” by the angry, personal response from the Samoan PM and never responded to him.

Samoa Observer for “putting [my] neck on the line”. I am therefore humbled to have been seen in this way – along with many others who spoke up about the threat to the rule of law and constitution, and will continue to do so.

“I never responded to the Prime Minister,” she told the Samoa Observer.

“I was a little surprised by the personal nature of his statement, but did not feel it required a response.

“It has always been, and remains, an important function of the New Zealand Law Society to speak out when the rule of law is under threat.”

Tuilaepa said the N.Z.L.S. had “no place […] to try to lecture us or interfere with our country’s democratic processes.”

The fact that the Observer recognised her contribution towards healthy debate was solace for her.

More From: Lawyer of the Year 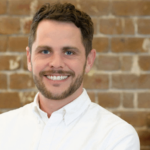 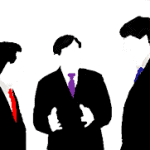