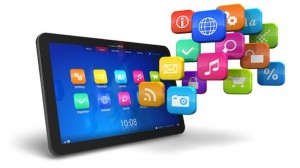 Clifford Chance has published its fifth edition of its Global Antitrust Trends report bringing its unique mix of legal, economic and regulatory expertise to identify themes impacting domestic and international businesses.
Antitrust challenges are growing across the world. Over 130 jurisdictions now have antitrust laws, and that number continues to grow. The range of business practices giving rise to antitrust enforcement is likewise expanding, as are fines for antitrust infringements. Our global network of over 140 antitrust lawyers covers all the key hubs of Europe, Asia-Pacific and the US, enabling us to support our clients on their most complex and important antitrust matters across the world.

1. Politicisation – There is growing political pressure for a fundamental change in the approach to antitrust enforcement. Competition authorities are likely to respond with increased levels of intervention in the coming years and possibly more extensive scrutiny of competitive conduct on wages, particularly in the area of mergers. In addition, recent and proposed legislation in a number of jurisdictions – including the EU, US, Russia, Australia and the UK – is increasing the risks of political interference in foreign takeovers.

2. Digital Economy – We have entered a new paradigm for antitrust law applied to the digital economy. Pricing algorithms and businesses with data collection clout will be in regulators’ ever-intensifying focus and online sales restrictions, fintech and IP licensing are also recurring enforcement themes. Public and policy concerns about digital “juggernauts” are set to drive further changes to antitrust legislation and enforcement, such as transaction value thresholds in merger control, redefining digital markets and ever more focus on abuses of dominance by large online players.

3. Merger control – Antitrust agencies are intervening in more mergers, partly in response to growing public perceptions that markets have become too concentrated. We are seeing more challenges on the basis of unusual theories of harm, such as the impact on innovation, common ownership of rivals by multiple investors, control of data and possibilities for tying, bundling and tacit collusion. 2017 saw the highest ever proportion of Phase 2 deals prohibited by the European Commission and the first court proceedings by the US Department of Justice against a vertical merger in over 40 years. There has also been a significant worldwide rise in penalties for gun-jumping, failure to file and the provision of incorrect information.

4. Enforcement – Fines for abuse of dominance broke new records in 2017 with the European Commission issuing its highest ever antitrust fine of €2.42 billion against Google. Procedural infringements are also high on the agenda as antitrust authorities across the globe are taking a tougher stance. Looking ahead, excessive pricing cases will remain in the spotlight, particularly in the pharma sector.

“There is a growing public perception around the world that markets have become excessively concentrated and that some businesses are too powerful. Some are calling for antitrust laws to pursue wider aims, such as fairness and the protection of employment and small businesses. Enforcers are responding with stricter merger control, the use of unusual theories of harm, a focus on excessive pricing and new scrutiny of the gathering and use of data.

In addition, heightened hostility to foreign takeovers has spurred new laws allowing Governments to intervene on ever-broader national security grounds. Many of these themes are playing out in the digital economy, but all sectors will be affected, ultimately. Sophisticated compliance will be required to achieve and maintain a competitive edge in the coming year.”