You are here: Home / Press Releases / Ponzi Scheme Man Who Ran Day-Trading Scheme Causing Over $30 Million in Losses Sentenced to Over 12½ years in Prison 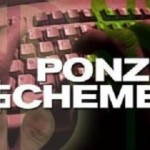 LOS ANGELES –  LawFuel.com – The CEO and co-owner of a Diamond Bar investment company was sentenced this morning to 151 months in federal prison for enticing investors to put $49 million into his bogus day-trading venture as part of a Ponzi scheme that caused more than $30 million in losses.