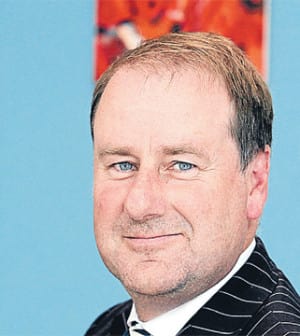 Chief Executive of the Ministry of Justice with 3000

employees and over 100 offices, vast power over the way justice is dispensed, fines collected, courts organised and much more.

A self confessed “recidivist” Justice Ministry mandarin, Andrew Bridgman is nonetheless a highly effective operator who has wrought significant change to the reorganised Ministry, including the establishment of a new management and policy group to oversee the changes, which have included the establishment of the Public Defence Service, the elevation of the role of the Office of Treaty Settlements, the funding of legal aid, modernisation and reorganisation of the courts, the Criminal Procedure Act shake-up affecting the way criminal law is dispensed and the biggest such change in over half a century.

Mr Bridgman’s ‘customer-centric’ approach to justice has displayed an astute management of the major changes he has overseen, including hiring top talent such as trade negotiator Nigel Fyfe from MFAT to oversee the establishment and deployment of the PDS as well as the controversial cuts to legal aid, as well as appointing former diplomat and defence deputy secretary Brook Barrington as his deputy chief executive.

The major changes have not been without controversy and dissent, including from the Law Society on occasion, such as with the reorganisation of the Auckland District Courts, family court changes, court closures and other matters.

The increased use of technology in the delivery of justice services and fines collections, which has involved a drive for efficiencies in the interests of recovering fines in an effective manner, which has permitted the dispensing with half the bailiffs, setting up a multilingual, high-tech call centre in Auckland and other drivers designed to streamline the delivery of judicial services.

Even the judges themselves have not been spared the need for increased austerity as he took a close look at their $20 million in annual expenses. The half-million dollar man sits atop the power list as the man with the most power in the LawFuel Power List.