Professional insurance cover for lawyers or any other professional is expensive. Yet having liability cover that can protect lawyers and help avoid defense costs for errors, omissions or negligence is essential.

Are there steps that a professional can take to ensure they are getting the bet quote?

Some of the more recent insurance policies now provide coverage for privacy violations and breaches of computer security. This may come as some surprise for professionals and others who may not think they have exposure through outsourcing, IP issues or online commerce activities.

And because professional liability risks are complex and extensive, identifying and quantifying these liabilities require a high degree of expertise and care.

Comparing professional insurance quotes is one way to help determine what you need for your law practice and there are a number of good online comparison sites around that will start – and even complete that process if required.

Remember too that most professional liability insurance policies are sold on a “claims-made” basis, which means that the insurance only covers work performed while the policy is in force. If you cancel your E&O insurance policy without arranging for an extended reporting period, your coverage would end, and any claims submitted after the cancellation would not be covered.

Check a recent article in the New York Law Journal from Jeffrey Steinberg:

Although insured lawyers and their insurers are sophisticated groups, many of the former seem willing to purchase their professional liability insurance solely on the basis of price and without regard to subtle but important differences between policies, and many of the latter seem willing to accept the determination by the New York State insurance department that Insurance Law §3420(a) applies to such policies. This article explores some of those issues.

Claims Made/Reported. The insuring agreements in the strictest types of policies require that the claim be both made and reported during the policy period.1 While the cases in some states deem that requirement to be against public policy, see R. Mallen & J. Smith, Legal Malpractice §38:14 (2014 ed.), the New York courts have upheld such clauses. See Travelers Indemnity Co. v. Northrop Grumman Corp., slip opinion (S.D.N.Y. 2013); Liberty Insurance Underwriters v. Perkins Eastman Architects, 2011 WL 1744218 (Sup. Ct., N.Y. Co. 2011); Checkrite Ltd. v. Illinois National Insurance Co., 95 F.Supp.2d 180 (S.D.N.Y. 2000); but see NYSID General Counsel Opinion 7-31-2003 (#2) (purporting to deem this requirement to be a violation of Regulation 121, 11 N.Y.C.R.R. §73, which sets forth minimum standards for such policies).2 The fact that the insurer may have sustained no prejudice is irrelevant for purposes of determining compliance with the claims made and reported clause. See Insurance Law §3420(a)(5).3

Still more liberal are those policies which require that the claim be made during a policy period and reported during either that policy period or any subsequent renewal thereof. I am aware of multiple instances where the insurance department has, at least in the context of lawyers professional liability (LPL) policies, required insurers to include an amendatory endorsement to that effect. The trigger date for this type of policy, as well as those discussed above, is generally the date on which the claim or potential claim is reported.5

At the end of the spectrum are pure claims made policies, which (as the name suggests) are triggered by the timing of the claim, so long as it is reported as soon as practicable (but often not specifying a particular end-date for such reporting). See R. Mallen & J. Smith, Legal Malpractice §38:14 (2014 ed.). In this scenario, the making of the claim, rather than its reporting, is generally the salient date.

Prior Knowledge. Policies typically include language, in the insuring agreements or the exclusions, which bars coverage for claims or potential claims as to which, on the inception of the first policy issued by the insurer and continually renewed thereafter, any insured had reason to foresee the same or to believe that any insured had breached a professional duty giving rise thereto. See Fogelson v. Home Insurance Co., 129 A.D.2d 508, 514 N.Y.S.2d 346 (1st Dept. 1987).

Here, too, however, not all policies are alike, and the practitioner should be aware of the distinction that exists in some policies which impose a new prior knowledge requirement as of the inception of each new policy renewal.

This is particularly significant because, unlike late notice (but like claims made and reported), there is no necessity for an insurer to demonstrate prejudice in order to deny coverage based on prior knowledge.

Fraud. Although all LPL policies contain a fraud exclusion, the particulars frequently differ.

Most policies contain a defense exception to the fraud exclusion (or an equivalent provision that the exclusion will not apply until there has been an admission or final adjudication of fraud); in other words, the insurer will pay for the insured’s defense until such time as fraud is established.

However, the strictest of all policies contain an absolute fraud exclusion, under which the insurer will neither indemnify nor even defend or reimburse if the complaint contains allegations sounding purely in fraud.6 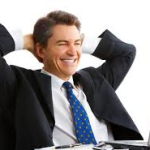 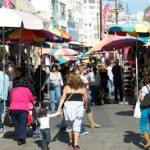