If the Borrower granted a mortgage or a security interest in the assets and the mortgage was properly recorded in the applicable land records or the security interest was perfected as required under the Uniform Commercial Code, the rights of the Lender with respect to the collateral and the Lender’s priority with respect to other creditors of the Borrower would be established by law; however, the same is not the case with the use of a Negative Pledge.

As a general matter, Negative Pledges are enforceable only against the grantor thereof and not third parties who purchase assets or obtain mortgages or security interests in violation of the Negative Pledge.

Actions against Borrowers typically involve damages for breach of contract.  Negative Pledges give the Lender a cause of action but do not grant the Lender any rights in the assets themselves.  As a result, third parties are not bound by a Negative Pledge between a particular Lender and its Borrower.

In Connecticut and New York, as in the majority of states, a Negative Pledge is merely an unsecured promise and gives the Lender very little.  With respect to personal property, Article 9 of the Uniform Commercial Code does not apply to Negative Pledges because there is no security interest created in favor of the Lender.  Consequently, Lenders have sought to rely upon three main doctrines when seeking to enforce Negative Pledges:  equitable lien, injunction, and liability of the third party for tortious interference with a contract.

The equitable lien argument is unlikely to succeed in the context of Negative Pledges.  In Kelly v. Central Hanover Bank & Trust Co., 11 F. Supp. 497, 503 (S.D.N.Y. 1935), the court found that even if the Negative Pledge prohibited the subsequent liens in question, no equitable lien can be created out of that prohibition.  New York courts require an agreement to set aside specific property in order to create an equitable lien.  Furthermore, the Court held that no case has been cited or found in which a negative covenant has been held to have created an equitable lien.  See Kelly v. Central Hanover Bank & Trust Co. at 507 (1935).

In Metropolitan Life Ins. Co. v. RJR Nabisco, Inc., 906 F.2d 884 (2d Cir. 1990), the district court temporarily enjoined RJR from selling assets that were subject to a negative pledge covenant.  However, the use of an injunction as a means to prevent breach of a negative pledge is more theoretical than practical.  By the time a Lender acquires knowledge of the breach, the assets in question will likely have been transferred, or security interests therein been granted and perfected.

Although Negative Pledges are outside the scope of Article 9 and also do not create a valid lien of record for real estate, a Negative Pledge may create tort liability against a competing secured lender who allows a Borrower to knowingly violate its terms.  In First Wyoming Bank, Casper v. Mudge, 748 P2d 713 (Wyo. 1988), the Mudges made an agreement to sell the family welding business to Redding.  The sales agreement contained a negative pledge provision under which the buyer promised not to encumber the assets of the company without the sellers’ consent until the entire purchase price had been paid.  Almost immediately after the Closing on the sale, the buyer applied to a Wyoming bank to obtain a $100,000 loan in clear breach of the negative pledge agreement.  During the loan negotiations, the bank’s loan officers were given a copy of the sales agreement.  Notwithstanding the terms of the sales agreement, the bank took a security interest in the company assets even though the buyer never sought the sellers’ consent.

When Redding fell into default, the bank subsequently foreclosed on the inventory.  To free up the collateral and continue running the business, the Mudges were forced to obtain a standby letter of credit for the benefit of the bank.  The bank later drew down the letter of credit and the Mudges sued the bank for tortious interference with the negative pledge agreement.  The bank was liable in the Wyoming case because it knew that its borrower was breaching a negative pledge agreement, and the bank was aiding and abetting this breach of contract.

While a Negative Pledge is not a security instrument, it can be useful in the right context so long as a Lender recognizes its limitations. The advantages of a Negative Pledge include its flexibility and the ease with which it can be incorporated into any finance agreement.  Unlike a security interest, there is no need to comply with local laws as to form, content or filing/recording.

The drawbacks of a Negative Pledge flow from the fact that it is not a recognized security interest or lien.  While Negative Pledges have not fared well in litigation against third parties (they always provide a breach of contract claim against the debtor itself), Lenders do use them as a way to cloud the title to assets, and normally a respectable Lender or purchaser would not enter into a transaction with a debtor/seller which violates a known Negative Pledge for fear of potential protracted litigation.  If a Negative Pledge is to be used, one key factor is the knowledge of the third party. 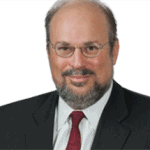