You are here: Home / Top in LawFuel / Ray Rice Domestic Violence Focuses on Needs of Women

Of all the stories that dominated US sports and law readers this year, the NFL scandal involving Ray Rice and the suspensions for domestic violence and child abuse drew some of the most attention.

Rice, who was recently reinstated to the NFL after the violence to his then fiancé, drew attention to domestic violence education among both the players and the community at large. 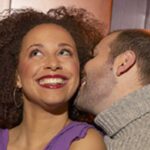 A policy has been developed to prevent this type of action called the Violence Against Women Act of 2013 (VAWA of 2013). VAWA was written in 1994 to help protect the victims of sexual assault and intimate partner violence.  The VAWA initiative is designed to protect immigratnt women against abuse.

As one commentator wrote recently, feeling  safe and protected in the country one lives in is a basic human right.

Since VAWA was passed in 1994, the rate of domestic violence is down by 60 percent, according to the National Crime Victimization Survey. This legislation provides funding for protection of victims. Some people might say that this Act makes women appear weak and consistently displays them as victims, but they are wrong.

The Ray Rice episode was not just a disgrace for him and his NFL colleagues, but also served as a wakeup call for those seeking to reduce the domestic violence that occurs in America.