Like to see the data on the National Association for Law Placement and whether law schools are withholding information from their ‘consumers’?

Law.com’s Kylee McEntee has written about the list of schools publishing NALP reports for 2010-2012, with the largest number (108 reports) for 2012.

To see the data go to the LST Score Reports.  You can also view a list of the schools publishing NALP reports for the classes of three relevant years (until 2012) in the NALP Report Database.

As Law.com report:  Since 1974, the National Association for Law Placement has surveyed ABA-approved law school graduates with the help of roughly 200 schools and a nod from the ABA. NALP’s annual survey asks graduates to describe their jobs, their employers, how and when they obtained the positions, and their starting salaries.

NALP checks the data for discrepancies and produces statistical reports of post-graduation employment outcomes for each law school. NALP must keep these “NALP reports” confidential, but individual schools may publish their reports.

Before the law school transparency movement, law schools did not publish NALP reports online for prospective students and others to see. Instead, these detailed, immensely useful reports occupied dusty filing cabinets. I recall when my organization first requested these reports from law schools, several career services deans told me they did not know where they were.

Though publishing a NALP report carries zero cost, skeptics doubted we’d succeed: “However worthy the effort, I doubt that this group will have much success ….” We obtained just 34 NALP reports from the initial request, but that number grew to 54 reports just a few months later after a handful of LST initiatives.

For the class of 2011, 68 schools published a NALP report until our annual Transparency Index, which grew the number of participating schools to 85. Prospective students and interested readers were even more fortunate for the class of 2012. To date, 108 schools—that’s 55% of possible schools—made their NALP reports public. 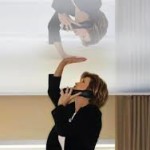