Robert Fisher QC has slipped a little with a somewhat quieter year, but remains regarded as one of the country’s top mediators and arbitrators.

A former High Court judge, having retired from the bench in 2004, he has applied himself fulltime to his arbitration and mediation practice, as well as serving as an appellate judge in several Pacific states and undertaking government enquiries such as the infamous inquiry into David Bain’s compensation.

As a High Court Judge, a position he achieved in 1989, he was supervising judge of the commercial list, Executive Judge of the Auckland High Court and a divisional member of the NZ Court of Appeal. and chairman of the NZ Rules Committee.

Academically distinguised, with a Doctor of Laws and Fulbright Scholarship, he has handled some of the most significant commercial arbitrations in New Zealand and continues to attract a wide following and busy case load, including relationship property issues and a more recent case involving domain name dispute between two tax refund operations.

Having written widely on a range of legal issues, he also continues to provide articles on matters ranging from how to tell if a witness is lying, to the finer points of arbitration.

A boating, running and tennis afionado and French speaking romantic, Robert (Bob) Fisher is well placed to continue his role as the country’s leading mediator and arbitrator although his place has slipped through pressure on the upper echelons of the Power List and his less prominent role in recent mediation and arbitration work. 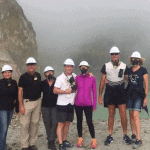 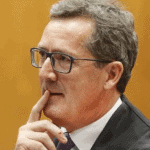