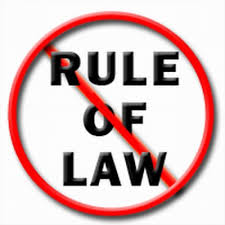 “The Rule of Law”. It has a ring to it, doesn’t it? It’s the foundation of so much we hold so dear. And yet, more than ever, the Rule of Law appears to be somewhat illusory in America, as if it is something that only the privileged and rich can enjoy.

Can this be so?

Noah Smith, writing in Bloomberg View, believes the word “privilege” is now nothing more than a trite buzzword.

That’s a shame, because it used to mean more than just being born into advantageous circumstances. The word, which means “private law” in old French, originally referred to a system in which different groups of people had different rights under the law.

He writes that the “Rule” is becoming more exception than norm:

If there’s one political idea most people agree on these days, it’s the rule of law. We argue endlessly about income inequality, wealth inequality, or inequality of opportunity, but we take it as given that equality under the law is a prerequisite for a just society. And the consequences of private law are dire. The original system of French privilege was one of the main causes of that country’s bloody, chaotic revolution.

Now here’s the problem: The U.S. is looking more and more like it has a real privilege system. We are enforcing laws differently based on race, but also based on class. This is un-American, and it has got to stop.

First, there is race privilege. The tragic shooting of an unarmed black teenager by a police officer in Ferguson, Missouri, has put this issue front and center, but the facts bear repeating. Our police officers enforce the law differently for different races. They arrest a much higher percentage of black people for using drugs, even though blacks and whites use illegal drugs at about the same rates and whites use the most harmful drugs — cocaine and heroin — at higher rates. That is an injustice.

Our courts are no less of a problem. Blacks are 30 percent more likely to be thrown in prison than whites who were convicted of the same crime. Furthermore, our Constitution guarantees citizens the right to a trial by a jury of their peers, but many black defendants are prosecuted by all-white juries, which are significantly more likely to return a guilty verdict against blacks. Finally, racial profiling is so rampant that black Americans who have committed no crimes at all have to live in constant fear of getting stopped by the cops. White Americans don’t have to live with this fear.

White Americans can be complacent about racial disparities in law enforcement, thinking that at least they themselves are safe. Except that in modern America, the law now seems to be different for people of different income levels as well.

In 2010, Martin Erzinger, a private-wealth manager for Morgan Stanley Smith Barney, was the driver in a hit-and-run of a bicyclist in Eagle, Colorado. 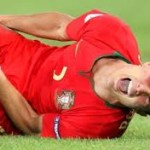